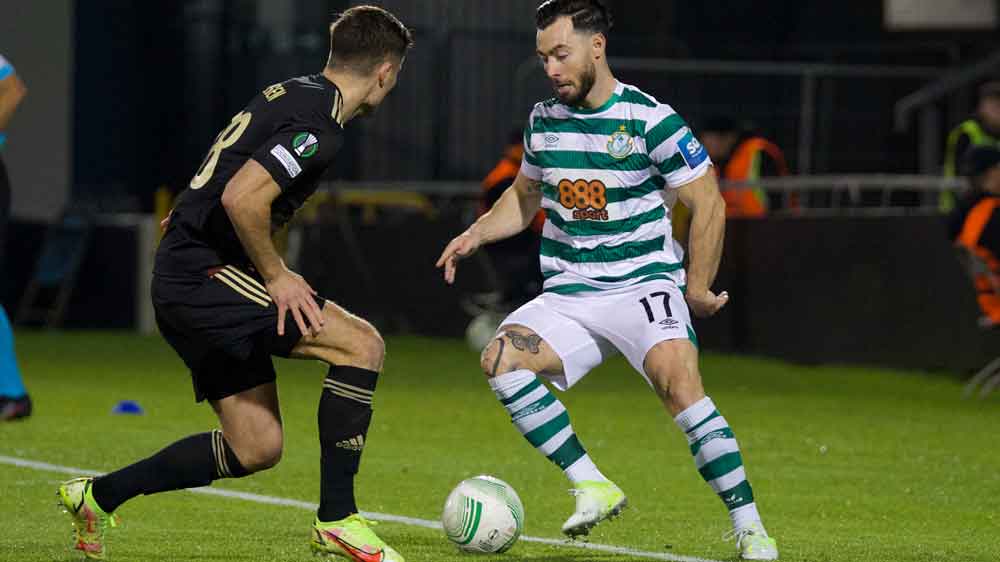 Rovers lose out at home to Molde in the Conference League

SHAMROCK Rovers remain at the bottom of the UEFA Europa Conference League Group F table following a 2-0 defeat to Molde in Tallaght Stadium on Thursday evening.

Despite creating a number of chances over the course of the contest, the Hoops were undone by goals from Datro Fofana and substitute Kristian Eriksen in either half.

This result also puts them out of contention for a place in the knockout rounds, but the SSE Airtricity League Premier Division champions will nevertheless be looking to claim some form of solace from their upcoming games against Gent and Djurgardens.

In stark contrast to last week’s disappointing 3-0 reversal at Aker Stadion, the Rovers starting line-up that was selected for this game played with a much better tempo.

After cutting in from the right-flank on 13 minutes, a left-footed drive from captain Ronan Finn was fumbled behind for a corner by Jacob Karlstrøm.

The Molde netminder also saved from Finn when he headed a Jack Byrne corner into the ground and Kilnamanagh native Aaron Greene also forced a stop out of the former Tromsø player.

The visitors had offered little in attack, until Birk Risa was narrowly off-target after Sean Kavanagh had nodded a free-kick back towards goal. 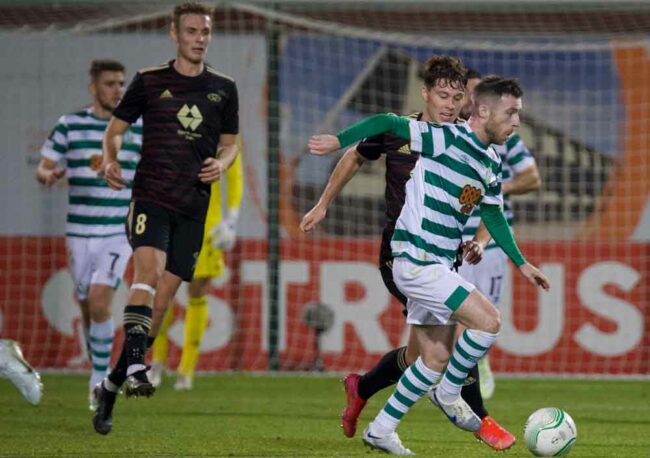 Erling Moe’s side possessed plenty of quality, however, and subsequently took the lead on 33 minutes when Fofana expertly headed home a deflected delivery by Emil Breivik – despite there being a strong hint of offside to the move.

This was a set-back for a Rovers side that had performed so well up to this point, but veteran goalkeeper Alan Mannus came to their rescue with an outstanding save from Fofana just shy of the interval.

The Hoops remained in the hunt for at least a share of the spoils on the resumption, only for Molde to eventually double their advantage inside the final-quarter with a glancing finish off a corner from substitute Eriksen.

Greene did find the net on 72 minutes via Byrne’s precise through-ball, but it was ultimately ruled out for offside.

This game ended an unbeaten home run in all competitions that had stretched to 31 games and Stephen Bradley’s men will now look to keep their hunt for a third consecutive league title alive when they pay a visit to Drogheda United on Sunday.