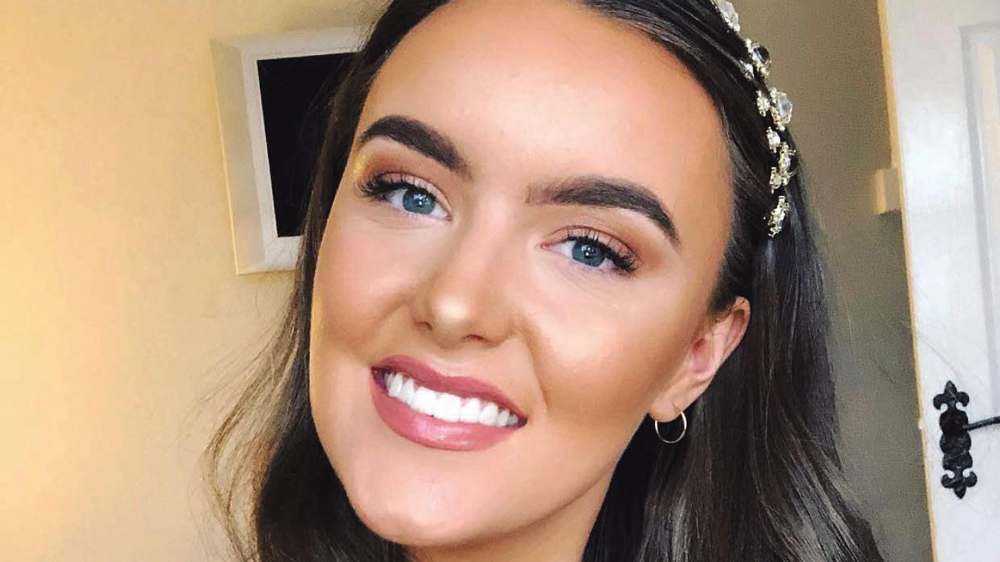 Sarah Mullen who sadly passed away on Christmas Day

GAA player Sarah had ‘smile that could light up any room’

THERE was a huge turnout at an emotional funeral service on Tuesday morning for a young “family Christmas angel” who died on December 25, following a sudden illness.

Tributes poured in far and wide in the community over the last week, including Dublin Camogie, who noted Sarah was captain on the Good Counsel 2012 Feile team.

From a close knit Cherry Orchard family, Sarah spent much of her time in Drimnagh, and was well known in local circles, as a kind hearted and driven person.

Speaking at the funeral service at Church of Our Lady of Good Counsel, Mourne Road, Drimnagh, Fr Dave Brannigan said there was a “profound sense of loss” in the community and “unspeakable sadness.”

He said he was asked by a friend of Sarah’s on Christmas Eve to say a prayer for her, and was in shock to hear the bad news two days later.

“If we as a community are still reeling, we can’t even begin to glimpse or imagine the horror or distress of John, Michelle, Ross, Daniel and Ben, and the hearts and the depths of their pain,” said Fr Brannigan.

Sarah was in a long term relationship with her partner and fiancé Ross since 2013, and he put a wedding ring on her finger after her passing.

A heartbroken Ross told the congregation that he wanted people to remember Sarah whenever they looked at the sun rising or setting, as it was something that she cultivated them to enjoy watching together

Sarah’s father John said his daughter was “best friends” with her mother Michelle, and talked of the “tight bond” she had with her brothers Daniel and Ben, and the family unit as a whole.

“Me and Michelle had Sarah very young but we stuck together through thick and thin as a family with the two boys.”

He said his daughter and Ross were “meant to be together forever and had big plans for the future.”

“We are so proud of what she has achieved in 23 years, what she has done for people. She has touched so many people.”

John talked of Sarah’s love of “all types of sports growing up”, with camoige, basketball, horse-riding, karate, and her drive and determination, which led to her securing her driving licence and a job with Permanent TSB.

The sudden illness hit the community hard because Sarah was so young and healthy, attending the gym everyday with her brother Daniel.

John “didn’t realise how much impact” his daughter had made on people’s lives, but thanked everyone in the community for their support.

Sarah had a “special bond” with her grandparents, and she went to stay with John’s parents Derek and Kathleen in Drimnagh to be “closer to her friends”, when her uncle Craig moved to the UK to play football.

“Drimnagh was everything to Sarah, it meant a lot to her. Cherry Orchard was her home but she wanted to be with everyone.” said John.

Fr Brannigan knew Sarah from her time attending Our Lady of Mercy and Good Counsel GNS, Drimnagh, while he was a chaplain there, and said she was “always a striking young lady” with a “big heart” and a “smile that could light up any room.”

Speaking to The Echo on Wednesday morning, Fr Brannigan said: “We will be carrying Ross, John, Michelle, their parents, Dan and Ben, in this church for some time to come, just like the local community.

“The Oblates in Inchicore, and Ballyfermot/Cherry Orchard are carrying them now with a tsunami of outreach, support and love. They are such a lovely family. God bless and help them in this terrible tragic moment.”