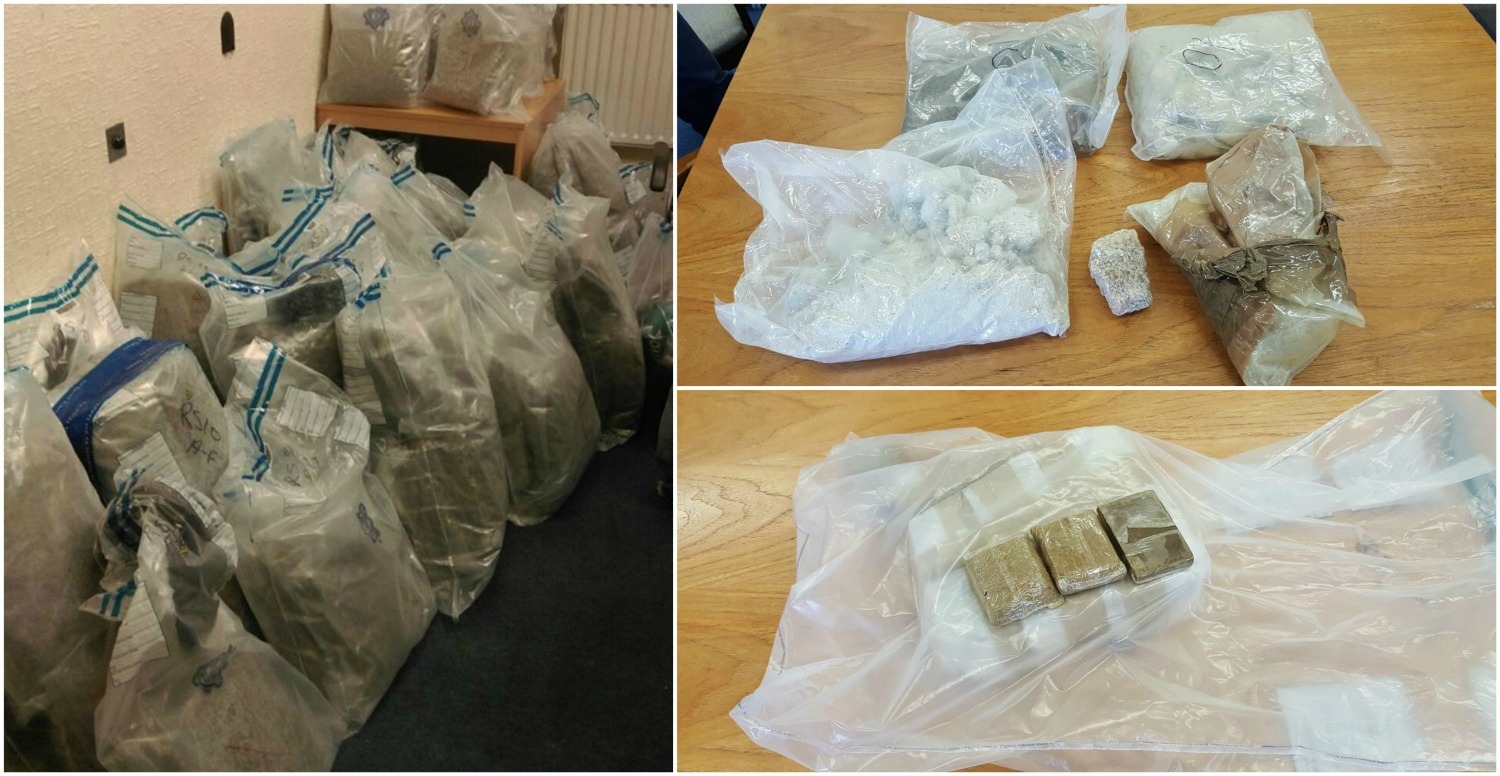 Gardai have released images of drugs worth €5.3 million which were seized following an operation in County Meath yesterday.

As part of a planned operation by Gardai from Meath Divisional Drugs Unit, a search was conducted at a house at Clinstown, Stamullen, at 2.45pm on Thursday afternoon.

Garda members from Ashbourne Detective Unit and the Garda Dog Unit assisted in the operation.

Following a search of the house, lands and vehicles present Gardai discovered a significant quantity of drugs.

A man in his 30s was arrested at the scene by and he is currently detained at Kells Garda Station under Section 2 of the Criminal Justice (Drug Trafficking) Act 1996.

NEWER POSTResidents invited to have their say on future planning in Tallaght Town Centre
OLDER POSTWall to stop the joyriders could cost up to €600,000