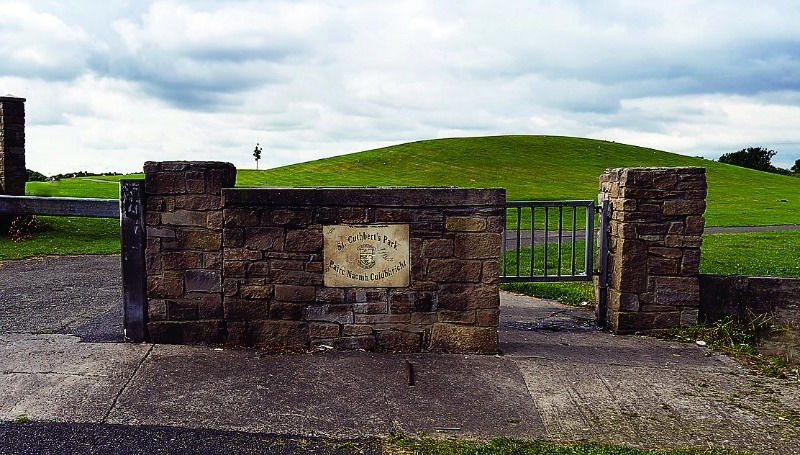 PROPOSALS to build a new wall to prevent joyriders accessing St Cuthbert’s Park in Clondalkin, could cost up to €600,000 according to an estimate by South Dublin County Council.

A boundary wall – approximately 1,520 metres long – is currently in place around the troubled park but joyriders consistently find different ways to circumvent this, including flipping cars over the wall.

Sinn Féin councillor Mark Ward, said cars are also being driven onto planks of wood over the existing wall and into the park, where in most cases, they are burnt out.

At a Clondalkin area meeting this week, Cllr Ward asked SDCC for a report on estimated costs of raising the perimeter barrier around the park.

“The estimate of €500k to €600k might seem extreme but if that’s the cost to secure the park I will be pursuing this,” said Cllr Ward.

“I may be criticised by some sectors that the money would be better off spent on housing for example, but that is a totally different budget.”

He continued: “The council have set up a high-level task force to deal with ongoing issues in the park and a subgroup of concerned residents suggested that the wall needs to be raised or rebuilt.

“If the council are serious about reclaiming the park in light of the 63 proposed new builds in the park then they should support this too.”

In response to Cllr Ward, SDCC said there are four types of construction materials used in separate areas of the boundary wall, which present major challenges for such a project.

As the existing solid block wall has not provided adequate security, SDCC say it would “not be appropriate” to raise the height of the walls using similar material.

Replacing existing walls with fences and hedges was also dismissed as an option by the council, as it would possibly reduce visibility and security.

According to SDCC, replacing the boundary wall with a new cast concrete wall appears “to be the most robust option”.

“The cost of removing the existing wall and replacing it with the stone faced pre-cast concrete would be extremely costly and may in fact be prohibitive,” said a SDCC spokesperson.

A review of the most vulnerable sections of the park boundary is set to take place.Cllr Ward said the proposal depends on access to funding, which he intends to pursue.