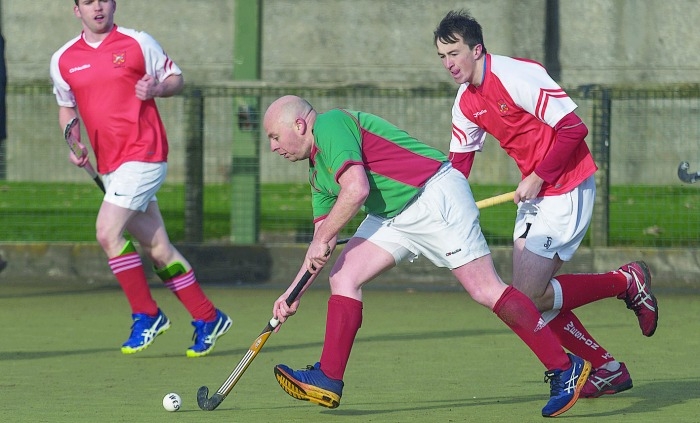 ST JAMES’S Gate rocket-ed their way to the top of the Men’s Leinster League Division Six Hockey table following a 3-1 victory over Weston in the Iveagh Grounds on Saturday.

It was a clinical performance by the homeside who were three goals to the good before Philip Corcoran registered a very late consolation score for Weston who consequently slipped down one place to fourth.

The Gate were looking to bounce back from their heavy 5-0 defeat to league rivals Rathgar in the Leinster Junior Cup only the week before, and they were out of the blocks midway through the first half when Richie O’Shea followed in on Gareth Healy’s effort that rebounded into his path.

And they were two goals to the goal six minutes later when Rob Mountford finished off a fine break by the Crumlin side that also involved David Smith and Colm Brady.

Weston were not short on possession, but struggled to convert that into scores throughout.

And while they created some openings, they were unable to get past goalkeeper Gareth Healy who pulled off several quality saves.

Syed Mujtaba played well for the Lucan side given that he had the task of trying to contain the Gate’s key playmaker Paul Kennedy on the day.

Yet the visitors fell three goals behind in the second half when Davy Smith saw his short corner to the target.

It was not until the closing minute of play that Weston finally managed to open their account when Corcoran finished off a short corner.

The win leaves the ’Gate on a sound footing ahead of their attempt to avenge their Junior Cup exit when they travel to third place Rathgar for another big league match on Saturday.

Weston, meanwhile, will play host to Bray who sit four points behind them in fifth position.