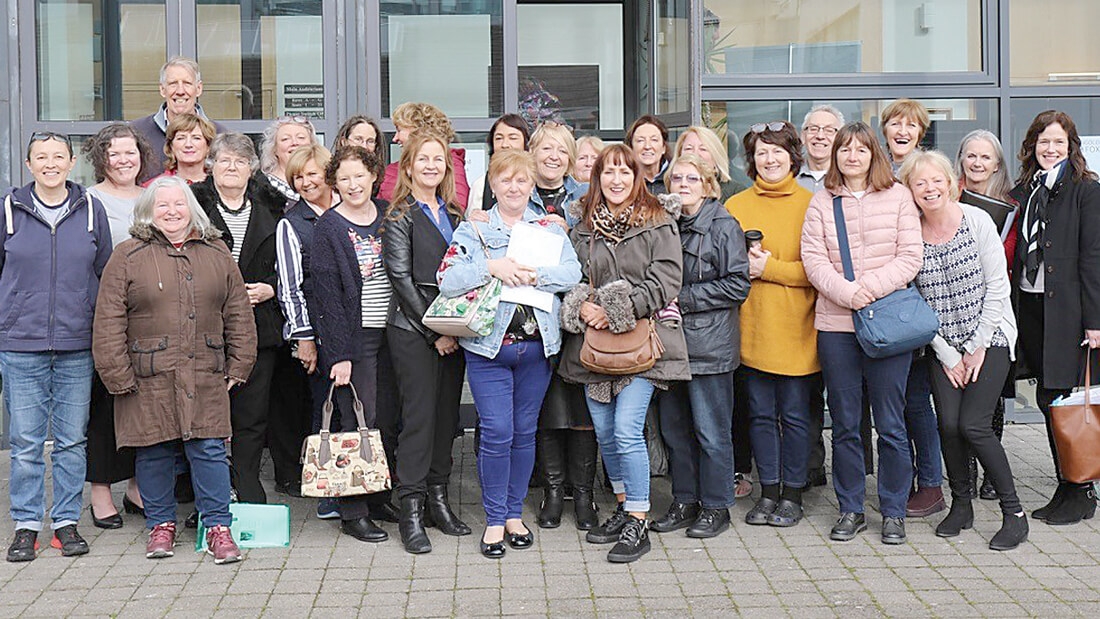 Ghost Hares is bringing the extraordinary stories of South Dublin to The Civic with shows from May 1 to May 3 at 8pm each night.

Ghost Hares is a theatrical celebration of the people of South Dublin and tells the extraordinary stories of people who have lived in the area.

The show was written and directed by Veronica Coburn who has an abundance of experience in theatre as a founding member of Barabbas Theatre Company, she worked on ‘The Lehane Trilogy’ which won Best Female Performer at Dublin Fringe Festival in 2012 and ‘I’m Not A.D.H.D I’m Bold’ which won the Bewley’s Little Gem Award at Dublin Fringe festival 2012.

The Echo caught up with Veronica this week to talk about her upcoming show on South Dublin.

Can you tell me a little bit about Ghost Hares?

The project was funded by the Public Art Commission of the South Dublin County Council. About 18 months ago we began holding workshops in common venues and trying to put together a chorus of citizens. After these workshops we had 48 people who showed interest along with some others who reached out. Initially we had 38 people who followed through and showed up and we ended up with 27 who responded positively and from the beginning they were really interested and continued all the way through.

We worked from September to December and really explored what life is like for people who have spent most of their adult life in South Dublin. We found that it is really diverse socially and I think when a lot of people think about the area, they think about the industry here but upon exploring this idea there were really two very clear main distinctions about South Dublin. The first being community. There’s a strong and really supportive sense of community and the second is the landscape of the area, the green spaces like the parks and the mountains are really important as well.

What inspired you to write about South Dublin?

I really am interested in looking at how I can work directly with people. What can we make together as opposed to working separately where I am just in the corner thinking by myself? As far as the writing for the project goes, I was listening to people and drawing from what they said and piecing it together to try to really encapsulate it. In trying to articulate how I work I really see myself as a citizen artist. There’s a large trench of my work that is set up for the stories of other people. I asked myself what stories do people want to tell? I found some brilliant stories and went from there.

Where did the name Ghost Hares come from?

One member named Geraldine McGarry who is in her 70’s remembered back before the main roundabout existed. Before the roundabout was there, there were country roads and Geraldine said that if you walked down the road you would get to an open field and if you stood at the edge of the field quietly enough the hares would come out and start to play and you could just watch them. This story really encapsulated everything, the people and the natural landscape and it tied in with a sense of mortality as well. Similar to how the landscape changes people have watched their friends and family come and go whether that be moving away or dying.

How long have you been working in theatre?

I’ve been working in theatre since I was about 18 so it has been about 36 years. I’ve worked in clown theatre as well as working with different apprentice programs.

Was this project different from other projects you have worked on?

This project was different from other projects but was also sort of a natural evolution. I enjoy performances where there is a meeting between the audience and the performance. Over the last two decades I’ve worked on a lot of different projects and worked a bit in clown theatre. Now of course this project didn’t have red noses involved but it dealt a lot with people and humanity so it was a natural evolution from some other works.

What are your plans for the future?

I plan to continue to work with The Civic, we currently have a programme that works with 8 secondary schools in south Dublin and we are looking to expand that to work with all of the schools in South Dublin so that potentially any young person could get involved. I am also working on a follow up project at Draíocht in Blanchardstown called Our Place Our Stories which works with six leading artists in six key communities in Dublin 15.

Tickets for Ghost Hares are available on civictheatre.ie