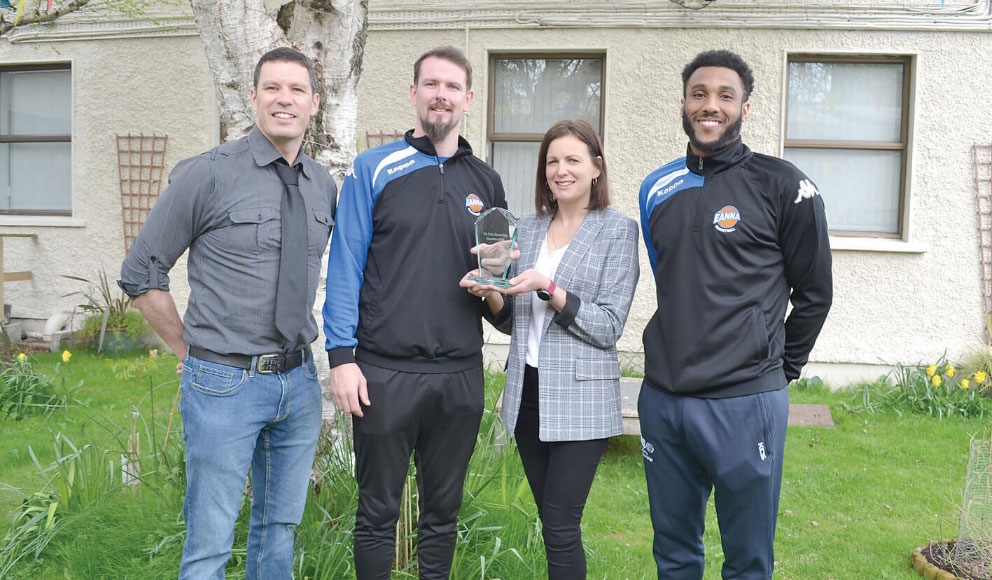 AFTER a stunning season that culminated with the Men’s National Basketball League title and a return to the Super League ranks just a year after they suffered relegation, DBS Éanna have been declared The Echo Team of the Month for March.

The Rathfarnham side produced an amazing run that saw them win all but one of their 25 games to earn promotion as league champions- a feat that was completed with two great wins over Killarney and Abbey Seals Dublin Lions.

In the league semis against their Kerry rivals, Eanna stormed to a 95-78 point victory in front of a packed home court  with some huge scoring by Josh Wilson, Neil Lynch and Stefan Zecevic.

The league decider against Lions the following day in Waterford proved a much closer affair, but Eanna won by six with late free throws by co-captains Lynch and Conor Gallagher and a massive 29-point haul from Zecevic.