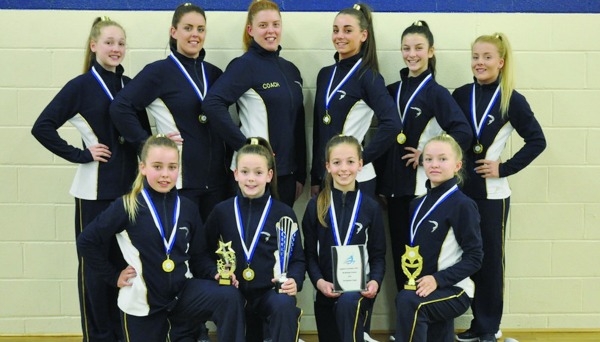 Some ten members of the club’s Senior Elite, who are coached by Yvonne Kavanagh, came up against teams from England, Ireland, Scotland and Wales in this three-day international.

And having won the title when they previously competed in 2012 and 2013, the pressure was certainly on for them to maintain Clondalkin’s winning streak on this stage.

But they need not have worried as, after a very successful weekend of competition, they returned home with a total of four trophies.

The Clondalkin competi-tors will now turn their attention to the upcoming Acro Team National Finals which will take place in Limerick next month.