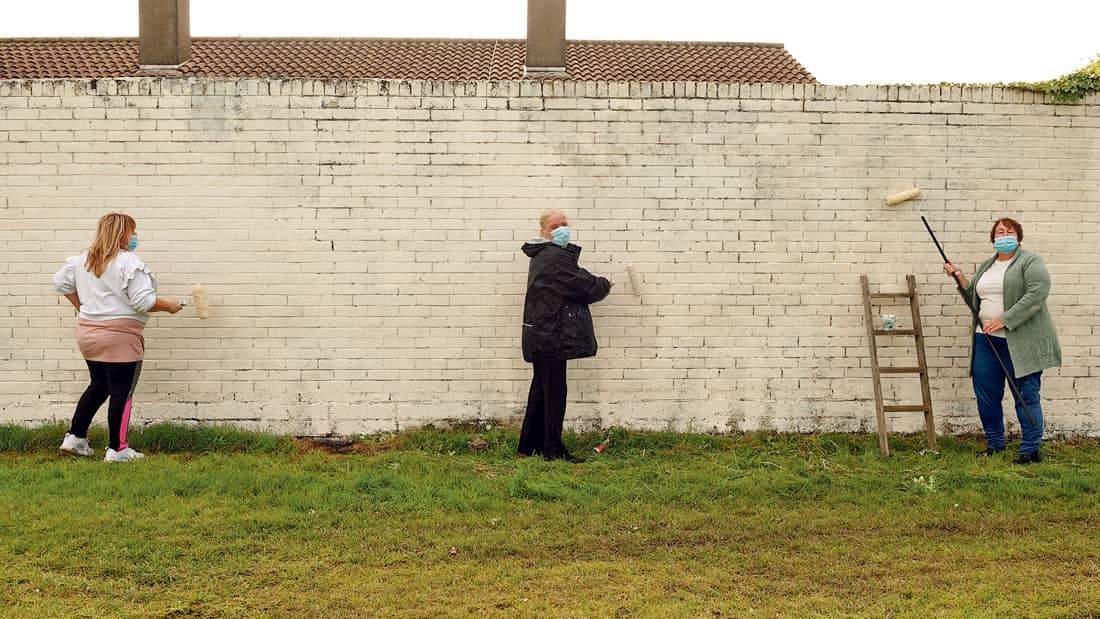 Grey walls in housing estate get much-needed splash of colour

BLAND grey walls in a housing estate received a much-needed splash of colour over the weekend.

Residents in Melrose Avenue, Clondalkin requested tins of paint from South Dublin County Council for the project, and carried out their work on Saturday and Sunday.

Elaine Genockey, a Melrose resident for 40 years, said the area has suffered from a lack of investment in children’s play areas and with more housing on the way - in the form of 28 infill homes - it is important to re-establish a sense of community.

“These walls always had murals on them 20 years ago – my kids and the neighbours’s kids had murals but then the council came along and painted over it and it was horrible,” said Elaine.

“It was hard work but the neighbours and their kids were fantastic. On Saturday morning, a lot of kids got out early to help and do their bit before their horse riding at 2pm.

“The reason we have done this is that housing is always in the limelight. But this is the only play area the kids have and the only green area they have to use their imagination.

We wanted to show people that we are a community and that we like to keep the place nice and clean.”

Plans by the council for the infill social housing development in Lindisfarne include a proposal to provide land for Deansrath Family Resource Centre, which was forced to close last year following an attempted robbery.

However, Ms Genockey says residents are worried that yet more houses will be “plopped in” without the necessary facilities.

“They are talking about putting in a new play area near the canal, but there is so much trouble going on over there, and children would have to cross the main road, which is very busy.

“We’re on our own here. A lot of residents like me have been here for 40 years, the area is only starting to settle now and we will be getting this upheaval.

When they built new houses in Lealand it led to anti-social problems, residents don’t want to see the same thing happen again.”