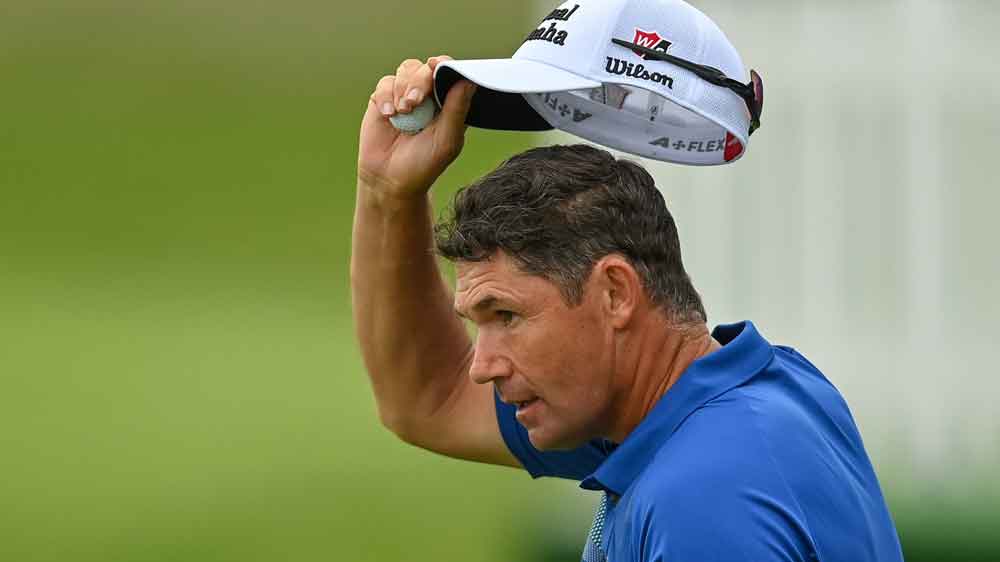 The Ballyroan man had carved out a five-shot lead heading into the closing day, but coughed up some ground after a front-nine total of 36.

And kicking off his back nine with two bogeys, the three-time major champion suddenly found his 2021 Ryder Cup counterpart, Stricker snapping at his heels.

He did, however, manage to steady the ship somewhat when he sank a 30-foot putt for a birdie at the 15th before parring his three remaining holes for a nailbiting one-stroke victory.

“I think it’s special for me to win this one just because I’ve never won a USGA [United States Golf Association] event,” said Harrington, who became the third successive winner of the US Senior Open on their debut in the tournament.

“I think that adds more than if you could turn around and win a different senior major.

“But because I was never a US Open champion or a junior champion, it’s great to come and win the senior one. It adds something that I never had in my career” he said.