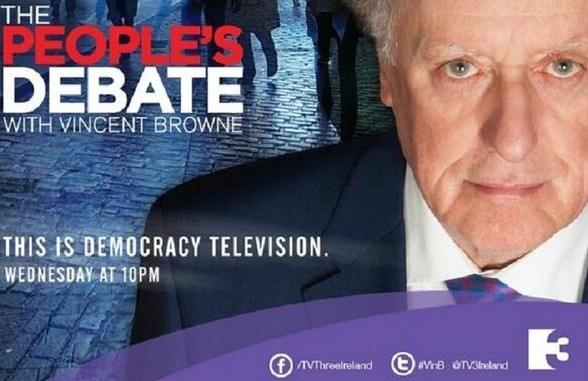 Have your say this Monday

VINCENT Browne and his People’s Debate team are coming to Dublin South West this Monday, October 5 – and the community is invited to attend and have its say.

Taking place in St Anne’s GAA Club in Bohernabreena at 7pm, the debate is open to individuals, residents’ groups, charities, organisations and community services and projects – with members  invited to come along, have their say and debate directly with TDs and General Election candidates on both national and local issues.

The show’s producer has told The Echo that doors open at 7pm however, it is recommended that people arrive between 6.30pm and 7pm to get a seat. Recording will start at 7.30pm and run until around 9.30pm.

The constituency of Dublin South West is a five seat constituency and has a population of more than 144,900 people, who live across communities in Tallaght, Firhouse, Knocklyon, Ballyboden, Rathfarnham, Templeogue and Greenhills.

The Dublin South West People’s Debate will air this Wednesday, October 7, at 10pm on TV3.