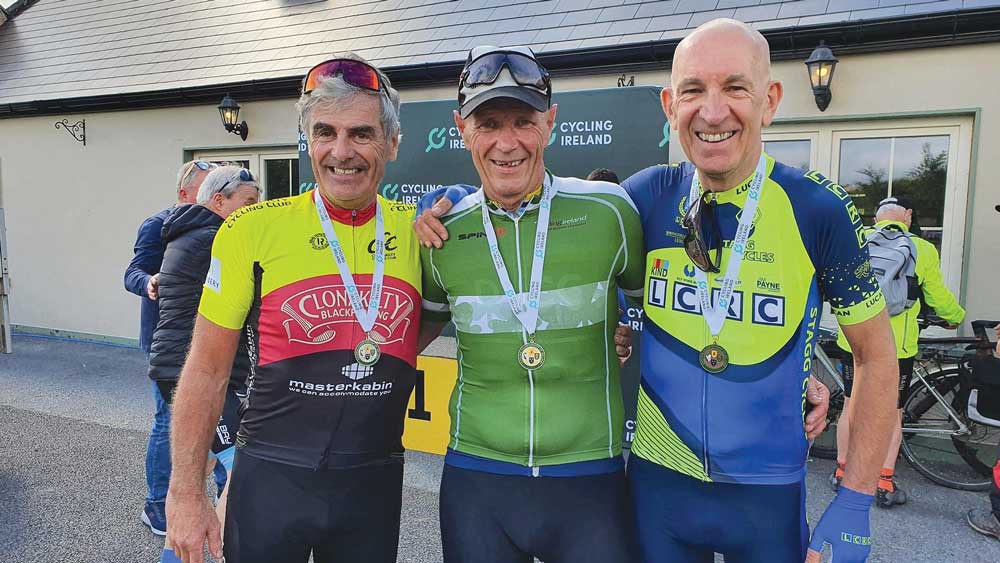 One of eight riders fielded by the club in this event, which involved more than 300 competitors, Haynes crossed the line third in the M60 division.

Up against some of the country’s best riders in his age group, the Newcastle man was delighted to make the podium.

“I’m just happy to get the job done” he said after the race. “There were a lot of attacks going in the last few kilometers.

“That was just the nature of the course. It was flat and fast, so no attacks were staying away early in the race” he added.

Meanwhile the M40 team narrowly missed out on medals while, in the M50 category, Ian O Hara also pushed strongly for a podium finish.

Next up for LCRC is the Youth National Championships in Armagh on August 20/21.with the Leinster Elite/Masters Road Race in Dundalk and  Criterium Championships in Corkagh Park scheduled for the following week and the Lucan GP set for September 3.