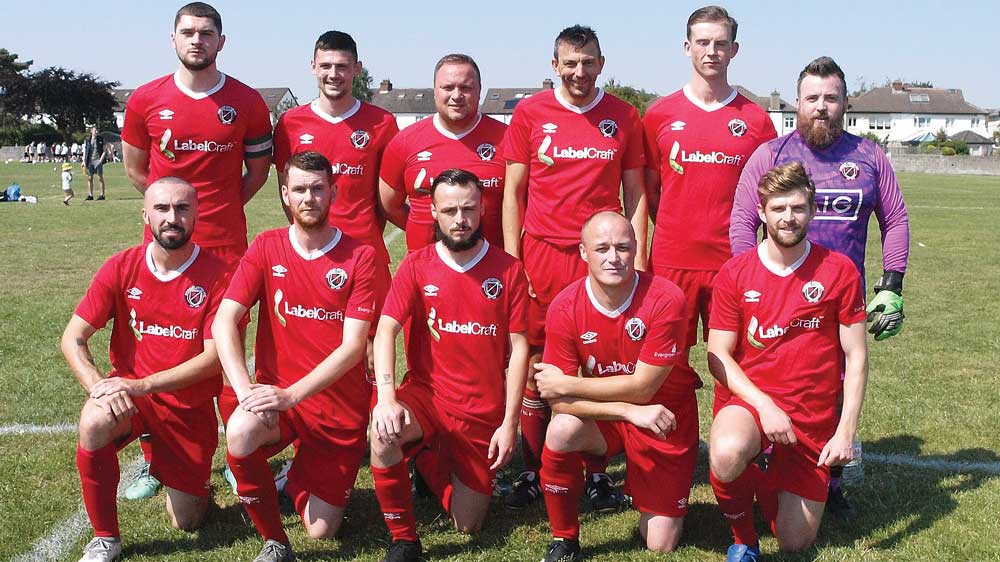 THE LOCAL FC made up for the disappointment of losing the Division Three Shield Final back in May when they beat Stedfast United 2-1 in a tight UCFL David Blood Group Two Final in the VEC, Terenure on Saturday.

United only made the decider after Swords Manor, who defeated them at the semi-final stage, found themselves unable to field a team due to players heading off on holiday.

Yet the Rathfarnham side were unable to capitalise on this second bite at the cherry as they found The Local a tough nut to crack, even though they played against 10 men for the second half.

This was a step-up for The Local who will be playing Division Two football next season after promotion from Division Three.

However, if Saturday is anything to go by, they will be well in contention in that section.

It was two penalties that decided this encounter and both came from the boot of Kane Harris. 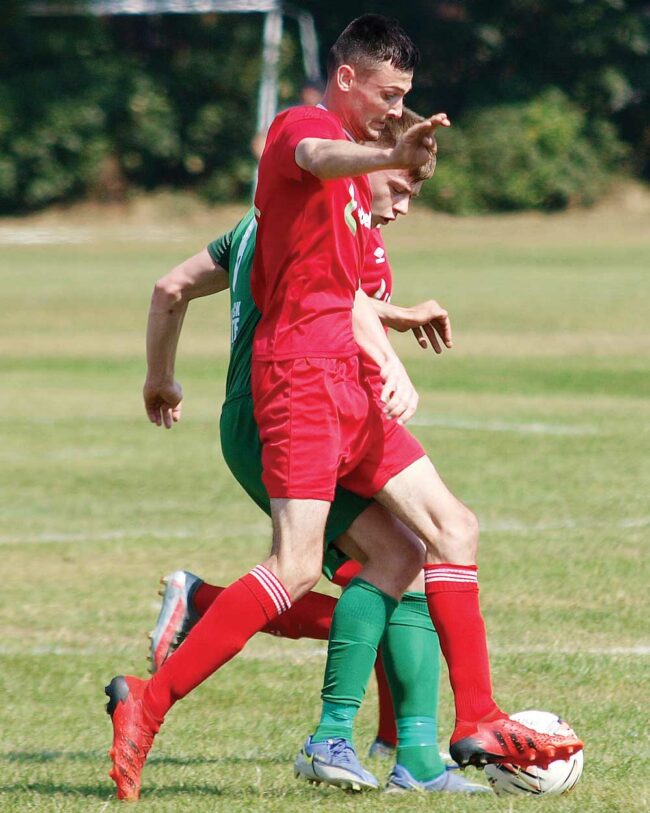 After the early exchanges, The Local took the lead when Harris was taken down inside the area on 20 minutes, and he dispatched the resulting spot kick to the target.

United responded positively and went very close to levelling the tie 10 minutes later when Adam O’Brien crashed a header off the crossbar following a corner in from Paul Connolly.

At the other end Harris was proving a real handful, but the tide seemed to turn in United’s favour when the opposition had a player dismissed just before the break. 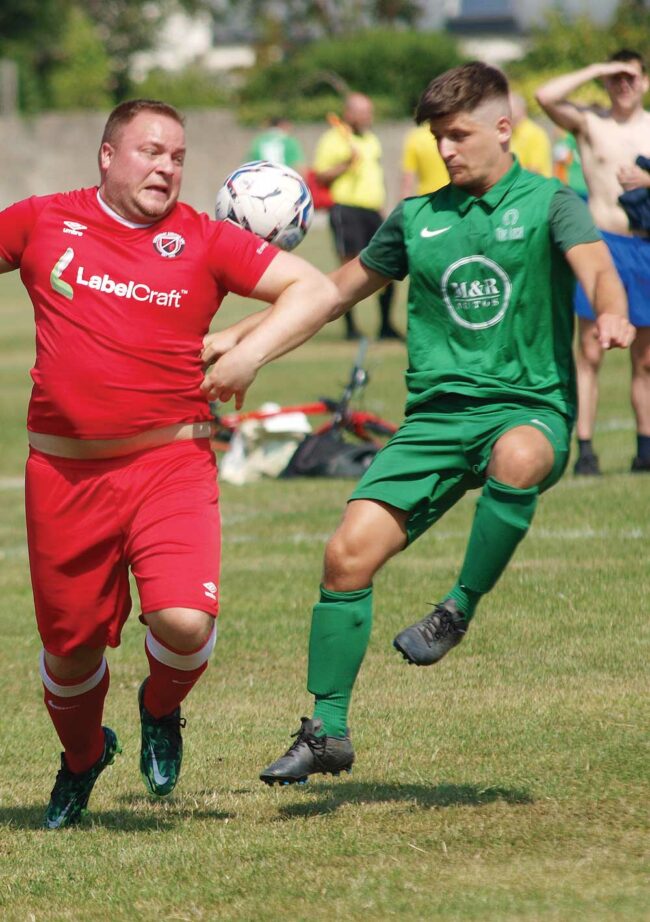 Paul Connolly of Stedfast and The Local’s Lorcan Casey

And six minutes after the restart Stedfast were back in the game as Connolly chased down a long ball and slipped it through to Ben Rossiter who slotted home.

It was game-on and Stedfast piled forward in search of Number Two, but no matter how hard they tried they just could not break down a stubborn Local defence and in the end paid the price.

Jordan O’Reilly did not give up chasing a ball into the corner and whipped in a cross that hit O’Brien on the arm and the referee pointed to the spot.

There was only one man going to take it and he was determined to put it away again, which he duly did.