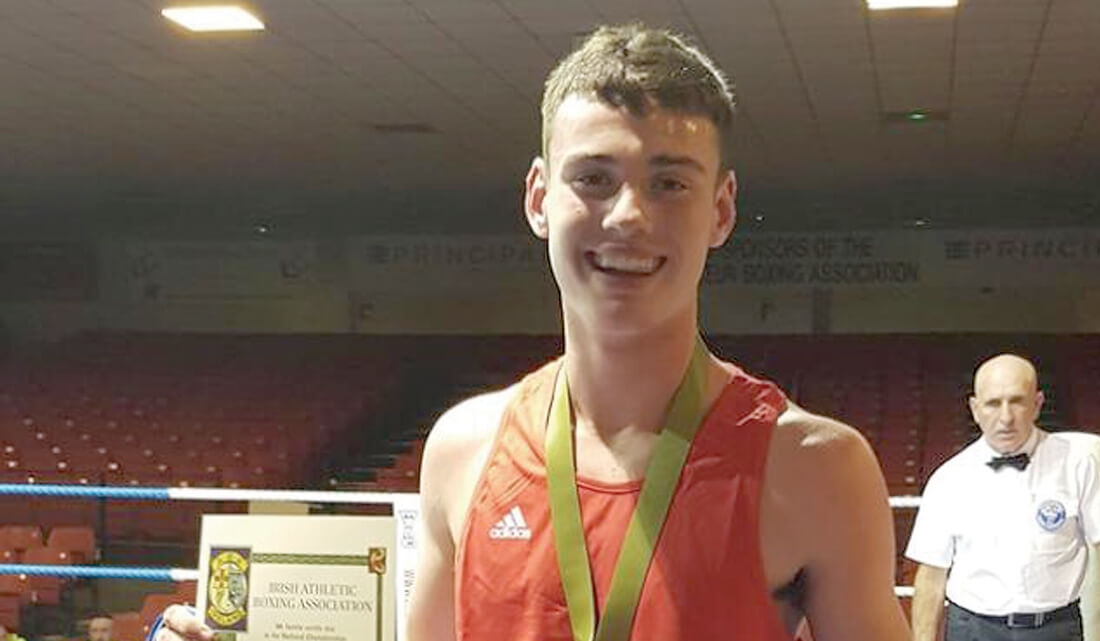 HBA star Meade is back on top

THERE were no unpleasant surprises for Tyler Meade as he took the final step on the path to the National Boy Four 75kg title.

Coming up against Muskerry’s Dylan Bradley whom he had already twice beaten before, the Hyland Boxing Academy fighter carded a unanimous triumph on Friday in the National Stadium.

Looking to follow up on his 5-0 victory over Enniskillen’s Thomas Corcoran in the penultimate rounds with an equally convincing display, Meade did just that.

“It was a very good performance by Tyler” said HBA Coach Patrick Hyland.

“He won all three rounds, but it was tough. His opponent tried to make it more of a slug fest, but Tyler was well able for it and he mixed it up well.

“He’s developing nicely into a very strong boxer and he caught his opponent with some heavy shots and rocked him” he said.

The win marked his second national title, having won his first when boxing with Kilnamanagh BC with whom he also won bronze at last year’s European Schoolboy Championships in Bulgaria.