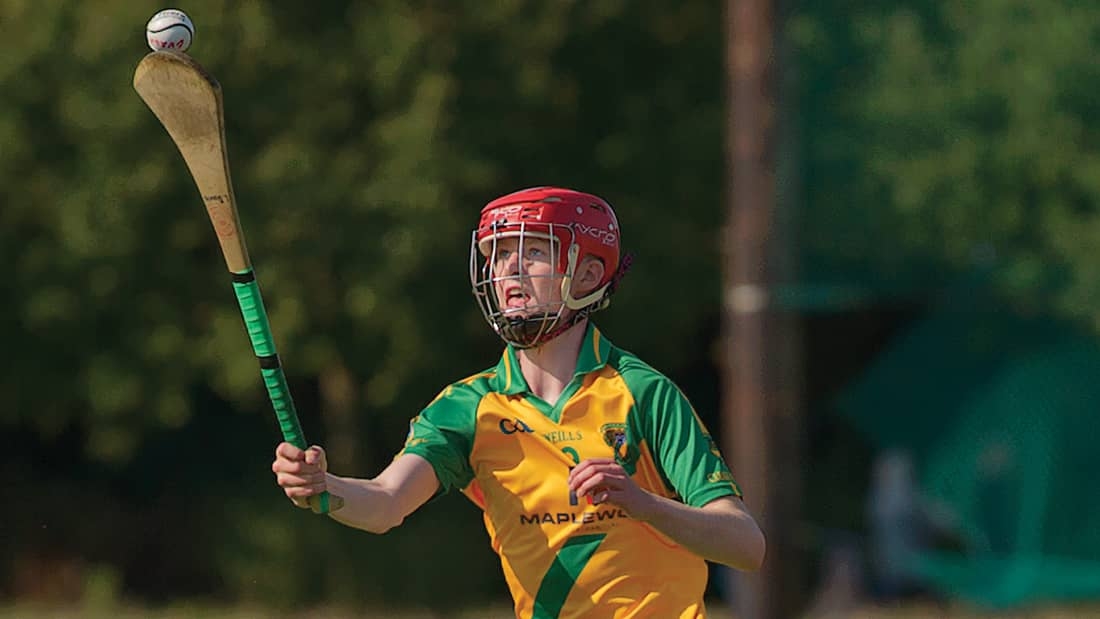 Having found themselves 11 points adrift midway through the first half, the Templeogue side looked set to complete a remarkable comeback when they moved 2-14 to 2-11 in front on the stroke of 50 minutes.

The growing influence of inside forward Liam Lynch Crowe was a major factor behind this turnaround, while Conor Dargan and Ross O’Donovan also played their part.

However, their Dalkey counterparts refused to give in. Thanks to late goals by Lúca Sheehan and Ruaidhri Sinnott, Mick Dunphy’s side snatched victory from the jaws of defeat.

This was the second time Fergal Nolan’s charges had faced Cuala in this year’s competition. In the final round of Group Two on August 16, they were on the receiving end of a 2-12 to 3-4 reversal at the same venue.

Despite facing into a stiff breeze for this showpiece affair, they opened the scoring courtesy of Conor Kenny’s pointed free. Nonetheless, Cuala took full advantage of the elements in a dominant first-quarter display.

The Faughs team that was narrowly pipped for the Minor D Hurling Championship crown by Cuala in Tymon Park on Sunday (Image: Paddy Barrett)

Supplementing Sheehan’s magnificent long-distance score, Matthew Ryan was successful off three placed-ball efforts. The Dalkey men created additional daylight in the seventh-minute when Ryan Barnes pulled to the Faughs net from the tightest of right-hand angles.

Faughs settled briefly with a brace of points from midfielder Dargan, but Cuala embarked on another scoring blitz in advance of the game’s first water break.

After Aaron Carey, Sheehan and Ryan raised white flags, a floated delivery by the impressive Sheehan deceived opposition netminder Matthew Ryan for the second goal of the contest.

With a 2-8 to 0-3 cushion, Cuala were firmly in the driving seat. Half-back Shane Mangan and Ryan kept the scoreboard ticking over for the visitors, although Faughs were slowly creeping back into contention.

Either side of Mikey Dunphy’s penalty save from full-forward Conn Murray, the dependable Dargan dissected the Cuala uprights. Kenny followed up with a 1-1 salvo, reducing the Faughs deficit to five (2-10 to 1-8) in time for the interval.

Cuala appeared to restore order when Ryan posted a 35th-minute point – his sixth of the tie – but the home team’s challenge gathered momentum.

Wing-back O’Donovan converted long-range frees and with Luke Davis and Dargan singles sandwiched in between these efforts, the gap was down to just two points. When Lynch Crowe claimed possession close to goal in the 48th-minute, his unstoppable shot moved Faughs into the box seat with the finishing line sight.

Tom Casey and Lynch Crowe points offered them further breathing space, before Cuala’s Peadar Ó Muirí ended a 20-minute scoring drought for his side. This placed Faughs on tenterhooks and when Sheehan brilliantly dispatched a penalty moments later, they were left to chase the game once more.

The decisive score of the proceedings then arrived in the penultimate minute of normal time. Faughs’ Matthew Ryan superbly turned away a Carey strike, but Sinnott was on hand to flick home the rebound and ultimately secure the silverware for Cuala.