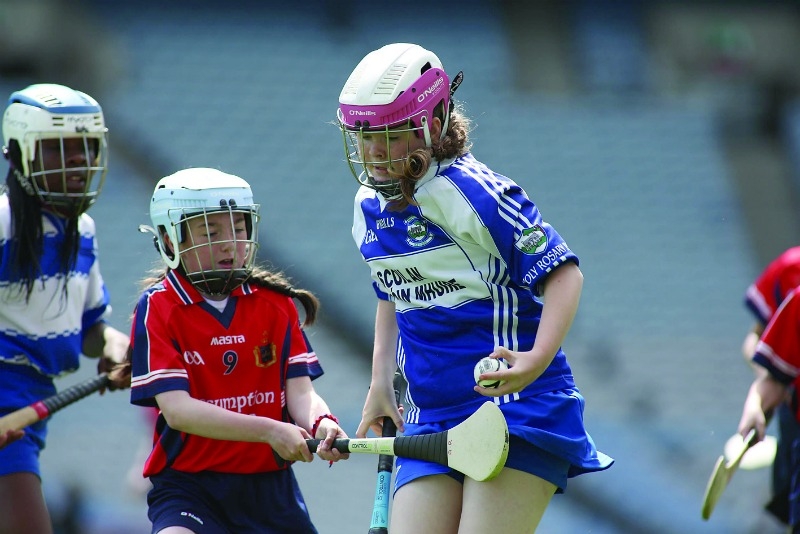 While they enjoyed the vast majority of possession and territory, the Tallaght side were unable to finish off most of their opportunities.

In the end, a point in each half by captain Kerry O’Neill along with a second half score from Amy Barrett proved sufficient to see them over the line against a dogged Assumption side.

Indeed the Walkinstown outfit managed to remain in contention thanks in no small measure to the work of goalkeeper Lacey O’Donovan who pulled off a string great saves while Emer Finn worked hard at centre half back.

Ballycragh’s Merrin Manoj and Alva King in the forward line and midfielder Chloe Geoghegan were proving a handful for the Walkinstown rearguard, but they were unable to put the amount of daylight between themselves and their opponents that their pressure deserved.

Assumption did try hard to serve up some late scores with midfielders Saoirse Gavigan and Ava Reilly pushing forward and Kate Delahunty proving a threat at corner forward.

Yet they were unable to open their account as the Walkinstown side just missed out on a repeat of their Cumann na mBunscol success  of four years ago.

For Holy Rosary wing forward Lauren McKeever, the victory was made all the more special given that her mother Mary Jane was a part of the last team that won a Cumann na mBunscol title for the Ballycragh school.