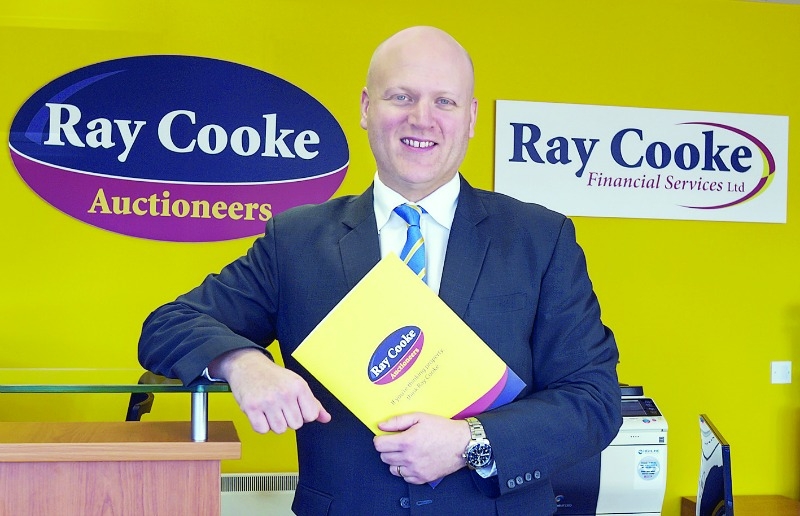 HOUSE prices are expected to increase by between eight and ten per cent this year while rental rates will continue to climb by 15 to 20 per cent, a local auctioneer has predicted.

Ray Cooke, of Ray Cooke Auctioneers in Tallaght, Clondalkin and Terenure, spoke with The Echo this week about his predictions for the year ahead, with the local auctioneer believing that house prices and rent rates will continue to grow – alongside demand.

This week, Ray made national news when he managed the sale of a hotel room in the Grand Canal Hotel, Ballsbridge – which is believed to have been sold for around €100,000.

The not-so-common sale attracted a lot of attention from investors, who buy the room but no management or tenant responsibilities – as the room remains part of the hotel.

Looking at the changing scene locally in communities such as Tallaght and Clondalkin, Mr Cooke believes that houses up to the value of €350,000 will increase in price by between eight and 10 per cent over the coming months, with rental rents increasing by between 15 and 20 per cent.

Housing stock is also low at the start of the year, with Ray Cooke Auctioneers’ stock down 50 per cent on last year.

“Last year, we had on average 80 or 90 properties for sale at any one time. However, at the moment we’re down 50 per cent on that”, Mr Cooke said.

“Our stock is really low but there is still the same amount of people looking for homes and if anything, that demand is going to grow.

“The banks are lending again and allowing people to carry over their negative equity subject to conditions and in 2016 the number of new applications to the Ray Cooke financial services doubled.

“However, we do expect this year to be busy again for us and expect a lot of properties to come onto the market within the first two months of this year.”

Mr Cooke said that generally in the first week of a home going on the market they are contacted by around 25 interested buyers, with the selling time of properties being between three and four weeks.

When asked about the rental market, Mr Cooke said: “Rents are still climbing and will continue to do so… I reckon there could be an increase of anything between 15 and 20 per cent on rents in 2017.

“We general have around 30 properties on our books at any one time and there is a very fast turn-around on these.

“Last year 85 per cent of our housing stock was bought by homeowners, people who are going to live in the house as their principal residence… with only 15 per cent of all our properties bought by investors for renting.

“We had a record year last year for house sales, we were up 35 per cent on the year before and we’re expecting this year to be busier.”