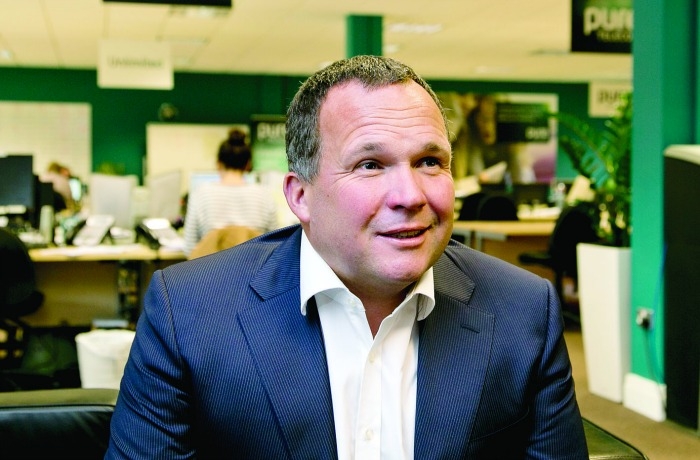 Landline is the ‘comeback kid’ for Citywest telecom provider

THE landline will be 2017’s “comeback kid”, according to a Citywest-based telecoms provider that has seen a quarter of its sales in recent months being new line installations.

Tallaght company Pure Telecom’s director and co-founder Paul O’ Connell believes that 2017 will see the return of the landline, which in recent years was becoming a thing of the past due to mobile phones and wireless internet.

Looking back over 2016, Pure Telecoms, which provides fixed line, broadband and telecoms services since 2002, surpassed the 40,000 customer base, with the Citywest telecoms provider aiming to more than double its customer base to 100,000 in the next three years.

In August 2015, Pure Telecoms invested €2 million into its Citywest operation, a move which also involved the creation of 30 new jobs.

The investment was made as Pure Telecom sought to significantly grow its residential and business customer base, with the company this week announcing that it reached the 42,500 customer mark – adding 10,000 new customers in 2016.

Paul O’ Connell, director and co-founder of Pure Telecom, said: “Pure Telecom has become a firm leader in the Irish telecoms and broadband market and as a result, last year was our most successful to date.

“The Irish telecoms industry is rapidly evolving and we have always made sure that we were at the forefront of that change; allowing us to capitalise on the digital age, rather than lose out. 2017 is going to be another exciting year for the industry and we look forward to celebrating many more successes along the way.”

Mr O’ Connell believes that it’s a good time for the fixed line telecommunications industry, as the country’s telecoms and broadband market continues to grow – with rural Ireland also finally benefiting from the availability of high-speed broadband.

“This has led to the emergence of the international ‘cord cutter’ trend, which sees consumers cutting their cable TV connection in favour of high-speed fixed-line broadband to watch Netflix and other streaming devices”, Mr Connell said.

“I expect the arrival of Amazon Prime in Ireland will intensify that trend. As a result, we will see pressure coming on the TV licence as people ditch their traditional TV sets.”

Believing that the landline is the “comeback kid” of 2017, Mr Connell said: “In recent months, 25 per cent of our sales have been new line installations.

“What we’re seeing is that people are getting landlines to enable high-speed broadband… and, smartphones are actually contributing to this.

“When people get home, they don’t want to be using their 3G or 4G to surf the internet – they want a WiFi connection from a high quality fixed-line link.

“We expect this trend to continue into 2017, with the landline making its comeback.”