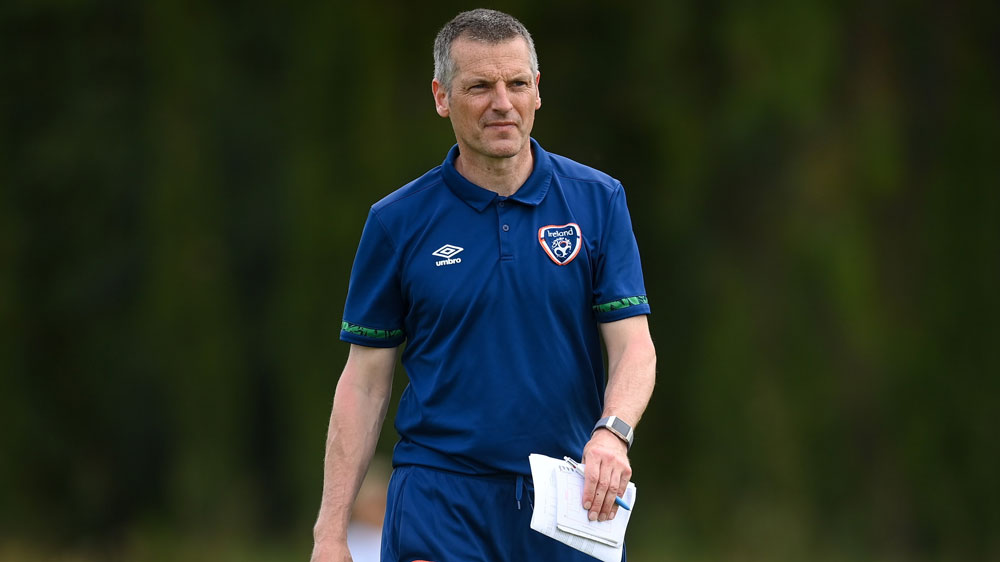 JIM CRAWFORD’S Republic of Ireland Under-21 side had to settle for a 1-1 draw with Luxembourg in their 2023 UEFA European Championship qualifying clash in the Stade Joe Nosbaum this afternoon.

The Jobstown native will be left feeling his side missed an opportunity to add maximum points to the three they earned after beating Bosnia and Herzegovina 2-0 last week.

Indeed Tyreik Wright had an opportunity to edge the Boys-in-Green into the lead from the penalty spot after 34 minutes, but he was denied by Luxembourg goalkeeper Lucas Fox.

Midway through the second-half, UCD striker Colm Whelan was sprung from the bench and did not waste any time finding the net within seconds.

Former St Patrick’s Athletic goalkeeper Brian Maher started between the posts and appeared to be on his way to a clean sheet.

That was until Dylan Kuete converted from the penalty spot for the hosts.

Ireland now have four points from a possible six after two games, and they will be hoping to return to winning ways when they welcome Luxembourg to Dublin and travel to Montenegro in October.

Earlier today, the Republic of Ireland Under 17s fell to a 0-2 defeat at the hands of Mexico at Turner’s Cross.

Colin O’Brien’s side were looking to make it back-to-back wins ahead of their UEFA European Under-17 Championship qualifiers in October, after recording a 2-1 triumph over Mexico on Sunday.

But a second-half brace from striker Alonso Ripoll saw Mexico prevail this time around in Cork.

Kevin Zefi, who just signed for Inter Milan from Shamrock Rovers, had an opportunity to cut the deficit from 12-yards, but his penalty and subsequent rebound were saved by shot stopper Pablo Lara.