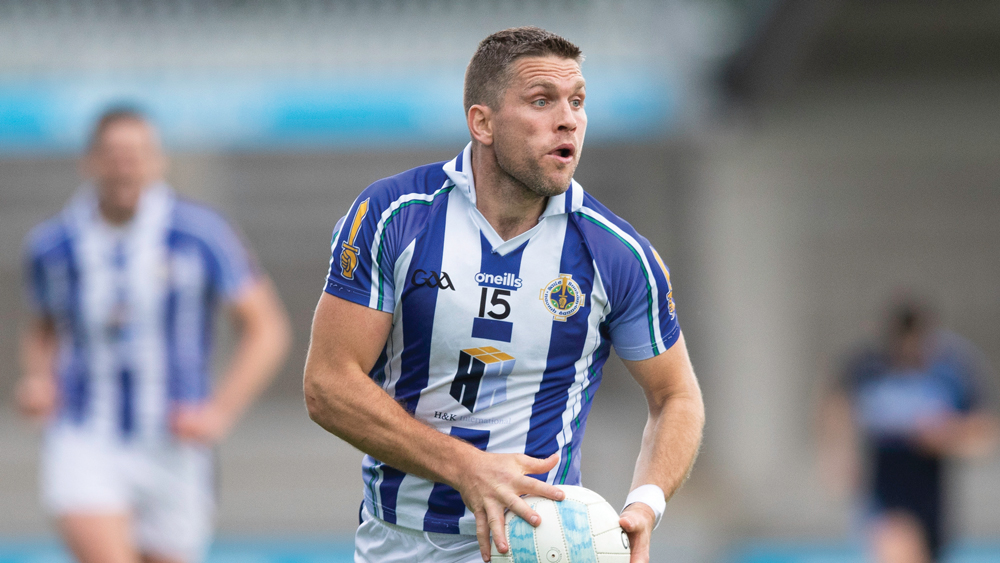 ‘It’s not acceptable for Ballyboden not to be winning championships’

BALLYBODEN St Enda’s stalwart Conal Keaney believes that “it is not acceptable for Ballyboden St Enda’s not to be winning championships every year” as he awaits the start of pre-season training.

When the championship swings into action later this year, Keaney will be 40 years old, yet, the hunger and desire to succeed is as strong as ever for dual-star who has won seven Dublin Championships along with Leinster and All-Ireland medals between hurling and football.

Speaking to The Echo this week at the launch of the Ballyboden St Enda’s ‘Win A Car’ raffle, Keaney was hopeful he can play his part in further success for the club.

“It’s go back and train as hard as I can to try eek another championship out of me before it’s too late really because I think the success is coming again,” he said.

“If I could just get one more out of it. I think to do that I just have to really train hard and make sure I’m in a position where I’m going to be a benefit to the team and not in any way take away from it.

“That’s the pressure I feel to make sure I’m right and good enough to be there.

“Anything I can do to push the team forward, younger lads, older lads, whatever it is, that’s what needs to be done because it’s not acceptable for Ballyboden St Enda’s not to be winning championships every year in my opinion.

“The players know what it takes to win, the majority of them have been there and won before.

“I think to bring a little bit of freshness and something different is vital for squads.

“I’m hoping the guys do that this year between Kenny Naughton and Dave Curtin managing the teams. 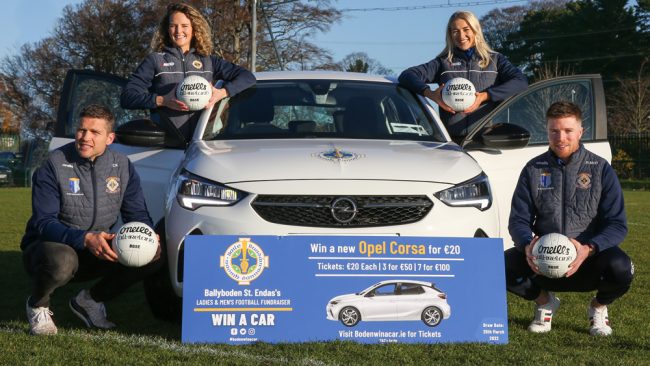 “They are two club men and they know the players very well, a lot of lads would have played with them before.

“They understand the details of the club and the lads themselves. That will be a benefit.

Keaney has been around the block with the adult footballers at the Firhouse Road club.

County success was something that Keaney was exposed to at just 13-years-old, when he witnessed St Enda’s beat Erin’s Isle in the Senior Championship at Parnell Park back in 1995.

Having won county titles with the footballers in 2009, ’15 and ’19, Keaney has his eyes fixed on adding more silverware to the trophy cabinet.

Despite heavy defeats in 2020 and ’21, Boden always manage to put themselves in contention.

Now, under the new management of Kenny Naughton, Keaney is hoping the footballers can kick on again this season.

“There are good lads coming through, six or seven lads on the Dublin Football panel at the minute which will stand to them, lads involved with the Under 20s and minor, so the talent is there,” he explains.

“It’s just probably trying to get it all right on the night.

“I think naturally with the club we are, we’ll always get to at least the quarter final-stage, but it’s trying to maybe tweak little things, getting a little bit of luck with injury and it comes down to the small little things because the championship in Dublin is so competitive.

“Yes, we were beaten probably heavily by Crokes last year, but I’d say if we’d have played them another 10 times, there’d be nothing in it and there never is.

Both the Adult Football and Hurling Leagues are expected to commence towards the end of February, giving teams well over a month to get into shape.

The senior hurling team won the Dublin Championship under Joe Fortune back in 2018 and following his departure, were managed by clubman Malachy Travers last season.

Recently, David Curtin and Stephen Hiney were appointed to take charge of the senior hurlers in Ballyboden and they will be hoping to replicate the county success four-years-ago.

“That team, there’s older lads and I’m probably the oldest, but there’s a lot of younger lads coming through and there’s not so many lads in between,” Keaney says.

“This team has been questioned loads of times. I suppose when Joe came in everybody felt that the team was too old, needed a refresh, needed a change, but that’s what made that win in 2018 all the more sweet because I think we proved that there is a lot more in us.

“There’s lads there around 33/34, but they still have relatively low-mileage on the clock.

“They have a huge amount of talent and loads to offer the senior hurling team.

“Those guys wanting to succeed and wanting to train hard, combined with the young lads coming through, that are very talented and who maybe haven’t seen a lot of success, there is a good mix there.

“All the older lads are really looking for that youth and enthusiasm to really drive it on.”

While Keaney is focused on maximising the amount of time he has left in the game, he knows the potential between the two squads is more than enough to see them over the line in 2022.

“You need a good chunk of luck sometimes and it could come down to something like a referee’s decision or a number of other little factors,” he says.

“Even though the bookies might have us as third or fourth favourites, we are never far off it if everyone is training hard, everyone is on the same wavelength between management and players and we have a good run of no injuries.

Conal Keaney was speaking to The Echo at the launch of the Ballyboden St Enda’s Ladies and Men’s Football Fundraiser to win a car. All details are available on www.Ballyboden.ie