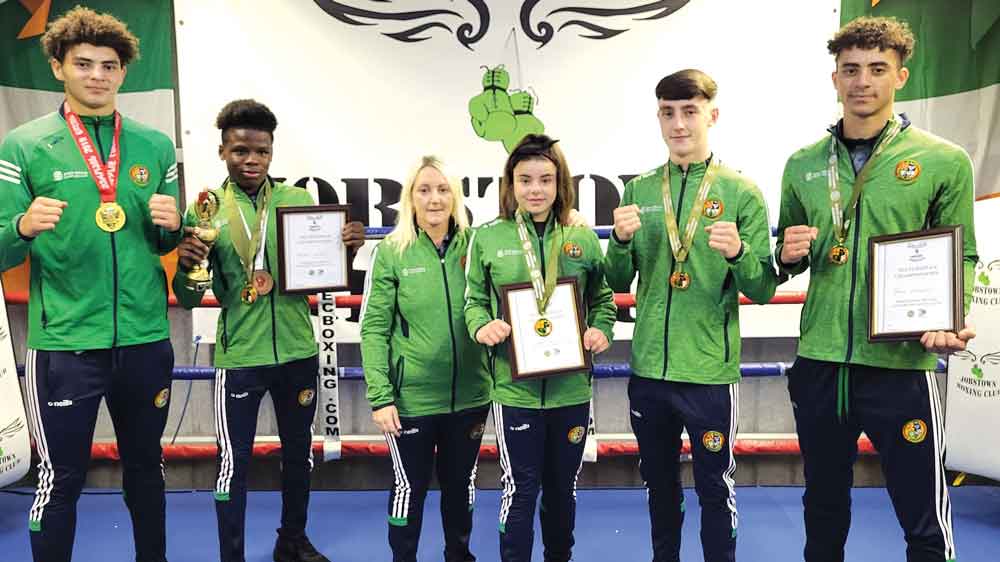 Jobstown pushing for a home fit for champions

JOBSTOWN Boxing Club has been bursting at the seams with the influx of new boxers as well as domestic and international honours over recent years, and it is now hoped that funding can be secured to provide their members with a home fit for purpose.

Currently catering for some 125 members, with a further 20 on the waiting list, the club has enjoyed a huge amount of success since its founding seven years ago.

Indeed 29 national titles, 40 county and 20 international box-cup honours as well as two European medals already feature on the club’s extensive roll of honour, and coach Amanda Spencer, insists so much more could be added to that if they had, in place, an adequate facility for their members.

“If our facility was bigger, we could fit more kids together in a class,” she told The Echo.

“Unfortunately, our facility is not big enough and we have to split the numbers into four classes a day and have waiting lists, as we can’t facilitate all.

“We have a lot of space out the backyard of the club and could definitely extend on to what we have already.

“Over the years we’ve secured some grants to help us with equipment and things we need for the club, but now we will be looking at the bigger picture and the development of the club house.

“We have the smallest facility in Tallaght and the biggest of champions. “We’ve had massive success every single season.

“We are definitely up there with some of the top clubs. To produce all those champions in seven years is a dream come true.

“The boxers are with us since they were young kids and, now they’re grown up, they need space for training and for us to keep them at the level they are at.

“A little help and some changes to our clubhouse would have a massive impact for them” she insisted.

Spencer, who was part of the coaching set-up for the hugely successful Ireland team at the recent European Schools Championships in which their own Broderick Abudoire scooped bronze, is hopeful that local businesses and the South Dublin County Council can help them in their bid for a refurbished home.

“Really, it’s just a money issue and we will be looking to sponsors, grants and fundraising to, hopefully, one day get it off the ground” she said.