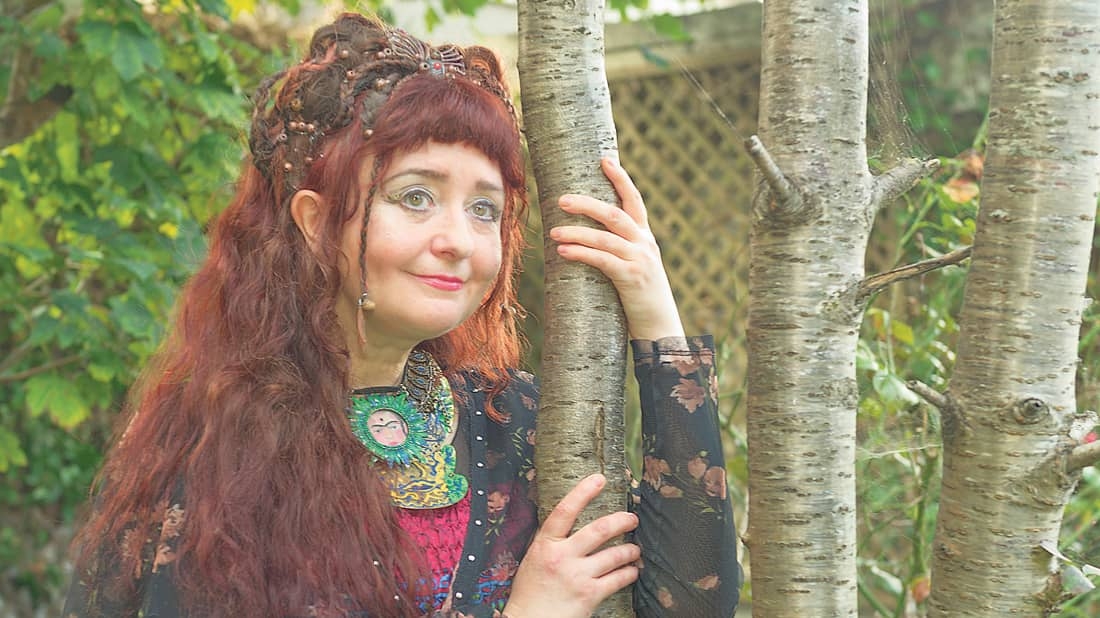 STUDYING for a Masters in Russia without knowing the language and battling a gang of hardened elderly babooshkas at a bitterly cold bus stop is something that builds character.

That was certainly the case for renowned artist Claire Garvey, a Clondalkin based fashion designer and owner of Claire Garvey Designs in Temple Bar.

Returning stronger from her Russian experience, Claire Garvey built her own little empire in Dublin

After studying in Ireland’s top art college NCAD, Garvey spent two years at the prestigious Vgik institute in Moscow – the oldest film school in the world founded in 1919 by director Vladimir Gardin.

“The clowns were the most fun, you would meet up with them in the afternoon for a drink, but you wouldn’t meet the ballet dancers, they are very strict and disciplined,” said Claire.

“I was put in a class where just Russian was spoken. I hadn’t a clue what the teacher was saying. He used to look at me and shake his head or look at me and smile, then I knew I did good. I had a Swedish boyfriend who spoke fluent Russian, so that helped.

He was in a band called the Plastic Paddies, there were all sorts of bizarre people over there.”

“I was the only person in the college with red hair, so I got to play the part of a ghost like figure in a film called Mona Lisa, that frightened the life out of everyone.”

Despite the verbal communication obstacles, Garvey thrived creatively in Moscow, learning to use more oil based costumes and to create characters – although she prefers the freedom of designing costumes without the need to take into account historical context.

“You became stronger, it is a tough society. On the underground trains, the stations are like palaces, then you go upstairs and somebody is selling their belongings on the road.

They sold ice-cream in Winter even though it is freezing. I was there during the mafia times. It was brilliant for people who had money, but a lot of people didn’t, and I haven’t been back.”

During the early stages of her studies in Russia, Garvey experienced the tough as boots babooshka way of life.

“I was queuing up for the bus, nobody was around, the bus arrives and all of sudden a gang of babooshkas land out of nowhere in their big fur coats, which are not just for the cold, but to protect you from elbows.

Eventually I learned, and got a fake fur coat, with padding, which helped a bit with the elbows.”

Returning stronger for the experience, Garvey built her own little empire in Dublin, designing costumes for many high profile events and clients including legendary musician Nile Rodgers, Chic, Jack L, Mary Coughlan, and Julian Benson from Dancing with the Stars.

More recently, one of her creations was worn at the Oscars by Eímear Noone, the first female conductor of perhaps the biggest showbiz event in the world.

An unusual aspect of the pandemic is that a lot of work in fashion has moved online. Garvey’s business now involves a lot of hiring outfits to customers for birthday shoots, virtual events, and musicians are doing a lot of online performances.

“Bizarrely, it has been good for me. A lot of musicians are doing online concerts. Amazingly, I’ve found a niche market that I didn’t think existed and it has snowballed.

We are also making masks aswell, but the business wouldn’t survive on that alone,” she said.

Working out of her studio in Temple Bar, the artist managed to buy the shop just before Covid-19, after 20 years in business.

She has seen a growing demand in outfits for hire “as ladies look to get memorable photographs of the special events in their life by dressing up in my couture designs.”

Over the years, Garvey has enjoyed some exciting work challenges, including the difficult job of sending a dress over to the USA for a Miss World contest and hoping it is unscathed on arrival – “it was like a jack in the box when the case opened.”

On another occasion, she designed costumes for an orchestra at the FAMAB Awards in Berlin, which included four violinists who were performing upside down.

“They flew me over to design, I hadn’t seen them beforehand,” she said.

“It was interesting to see them flying upside down and good that nothing fell off.”

Minor problems can arise on live entertainment jobs, but Garvey knows how to “mix and match” to keep the show on the road.

“When I designed for Nile Rodgers at the X Factor, he had to play that evening. If something doesn’t work, I go away for an hour and fix it. Most pieces are mix and match, interlinked. It is kind of like a jigsaw.”