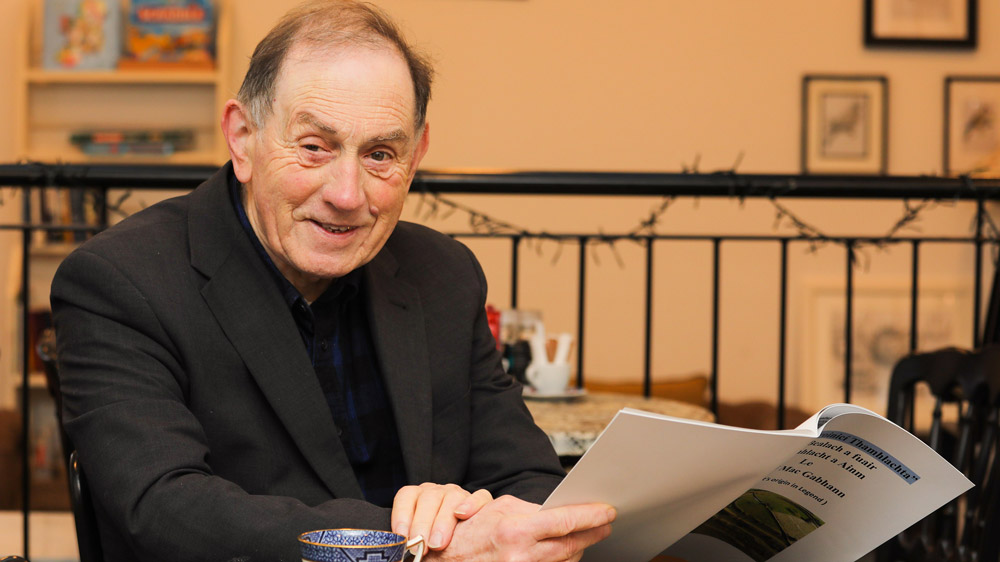 Daithí would encourage everyone to drop in to Café Aon Scéal, for a cupán tae

SITTING Honours Irish in his Leaving Certificate in 1963, Daithí Mac Gabhann looked forward to life as a Gaeilgeoir.

However, life didn’t present many opportunities for a young Daithí to caint as Gaeilge and despite using a cúpla focail, he believes that overtime he lost what he had learned.

Growing up in Drimnagh, Daithí (77) moved to Old Bawn in Tallaght with his late wife Maureen some 50 years ago.

In 2019 when a new bilingual café opened in Tallaght Village, Daithí, who was looking for an outlet after the passing of Maureen, decided to drop by for a cupán tae.

It’s also a cultural centre, with various activities and community events that promote the Irish language staged behind its green door on Main Street, Tallaght.

“It started as a cupán tae and then grew from there”, Daithí told The Echo.

“The café re-introduced me to Irish. 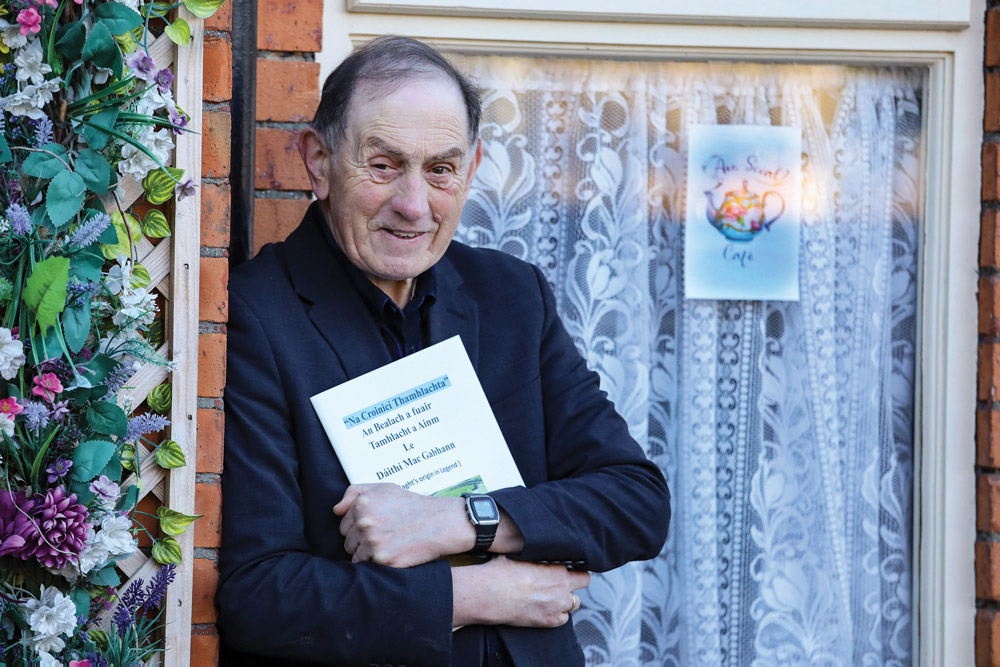 “I reckon I have around 90 per cent of my Irish back since heading up to the café.

“It helped me to remember what I thought I had forgot.”

Visiting the café around three or four times a week, Daithí was also given an opportunity to share his love of Irish with others.

“The manager of the café asked me if I’d be interested in teaching Irish to adults, I was so surprised”, Daithí said.

“Like myself, they had forgotten their Irish, but it comes back.”

Daithí has led a number of basic Irish courses in the café, with another course in the pipeline for the new year.

And it doesn’t stop there for Daithí, who recently translated an epic poem he wrote about Tallaght into Irish.

Some 25 years ago, Daithí penned an epic poem called The Tallaght Chronicles, a fictionalised retelling of the name Tallaght. 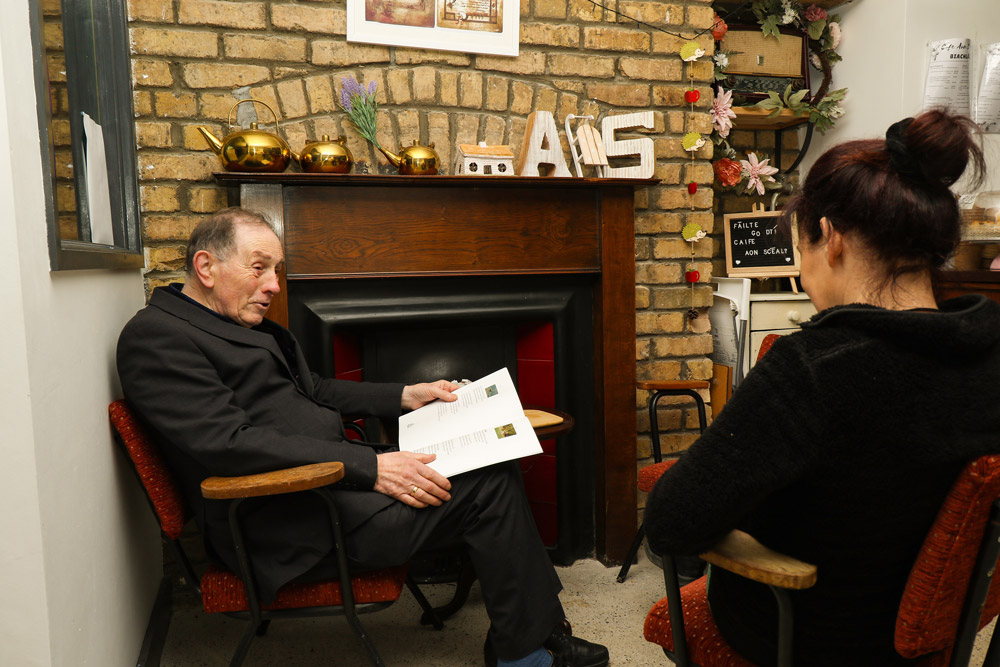 Tallaght is derived from the words támh leacht, meaning a plague burial place.

It is said that the Partholonians, the earliest invaders of Ireland, were wiped out by plague and buried in the area.

Daithí translated his epic poem into Irish and self-published it in a book called Na Croinicí Thamhlachta, which he will read from in Café Aon Scéal this Saturday, December 10.

The reading is part of an event for an assembly of groups under Conradh na Gaelige Dublin, who will meet in the café on Saturday.

The café will be closed to members of the public on Saturday, December 10, to facilitate the event.

Speaking with The Echo, Daithí spoke of the difference the café has made to his life since opening only three years ago – and he believes his story is just one of many.

“The café brought me out of myself”, he said. 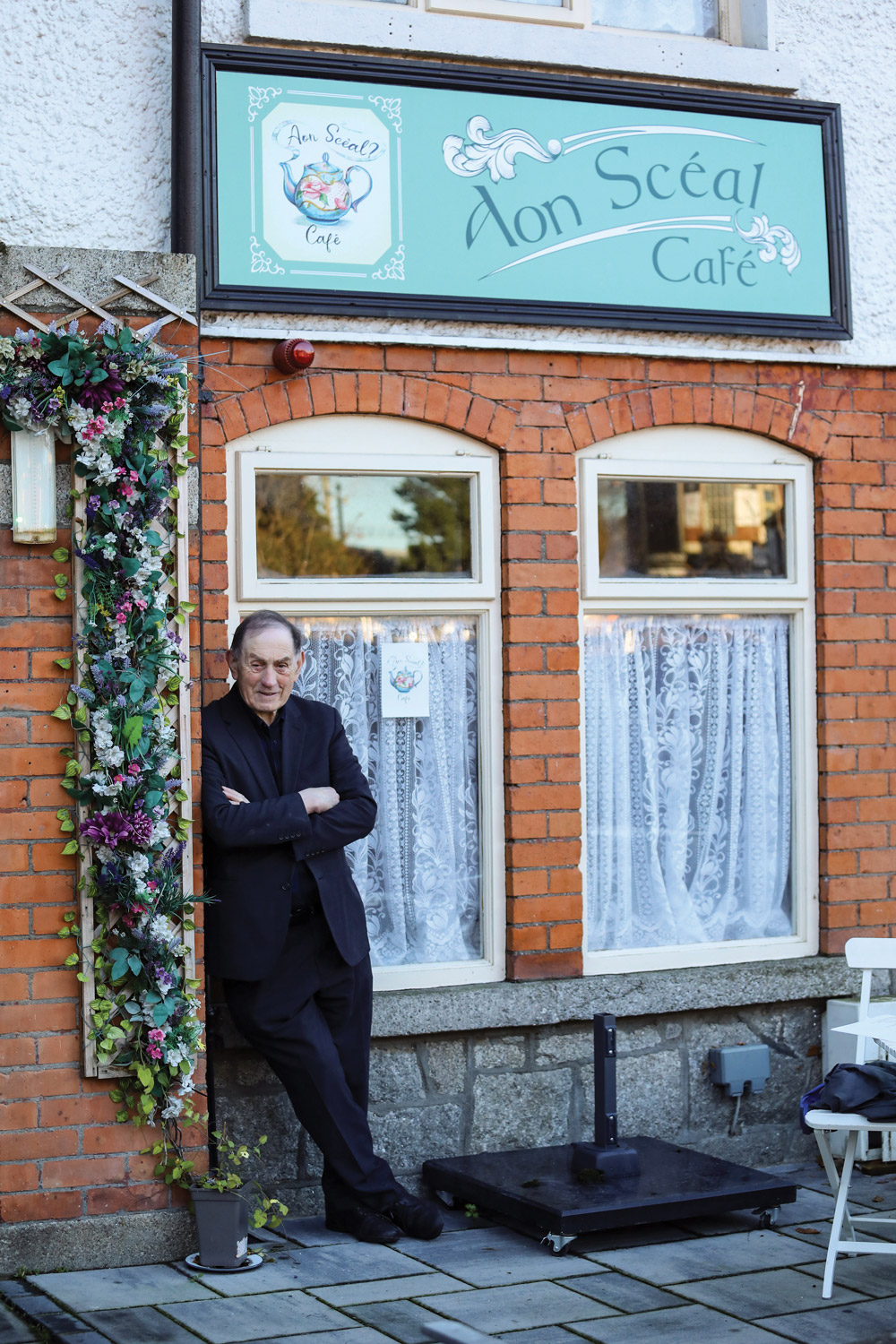 Daithí Mac Gabhann lost his Irish language over time, but regained it after he discovered a new bilingual café in Tallaght called Café Aon Scéal

“It’s more than a café, it’s an important community hub.

“I often listen to people when they come in and they start by using just one word, maybe ‘slán’ but that one word grows and grows.

“It’s so relaxed…and the staff are lovely, they make you feel so welcome, so at home.

“This café gave me an opportunity to speak Irish in my community and I’d absolutely encourage people to drop in for a cupán tae.”

For further information on Café Aon Scéal, which is open to Irish and non-Irish speakers weekdays from 9.30am to 4pm, follow them on Facebook or drop by.

Anyone interested in buying a copy of Daithí’s book can ask in the café.