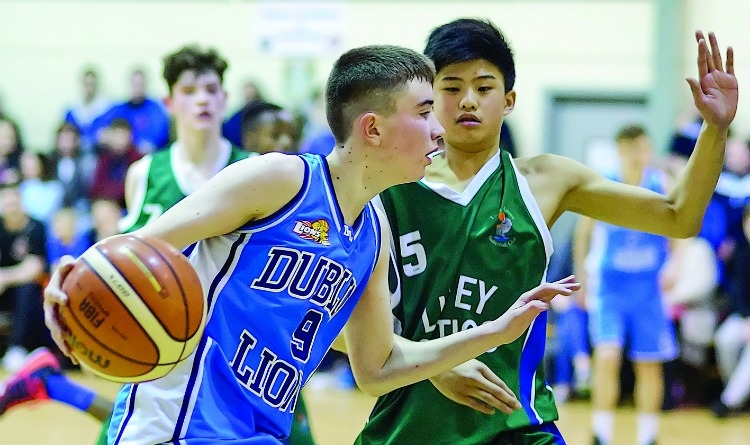 A NUMBER of local players have been selected for various international basketball squads.

Ireland Under 17 Men’s Head Coach Paul Kelleher has chosen 21 players to progress with his development panel and among them are Dublin Lions pair Kevin Anyanwu and Neil Kavanagh.

“Every player has demonstrated their ability to perform at International level” said Kelleher.

“Our squad was very young with a large part of the squad a year young and the development part of the programme has proved very, very successful.

“The time is now right to focus on the next phase of the programme which is getting ready for the European Championships 2018.

“We will now work on training to compete over the summer months and prepare for potential games at the October mid-term and Christmas break” he explained.

Meanwhile 25 players, including Templeogue’s Emma Mullins, have been given the nod to progress with the Ireland Under 15 Women’s development squad by Head Coach Karl Kilbride.

“We started with 38 players in November last year, and the work every girl has put in over the past seven months has been incredible,” said Kilbride.

“The girls put us in a position where we had to make some incredibly difficult choices. I’m so proud of how hard they’ve all worked and how much they have put into the programme.

“We’re now really looking forward to the next phase of the programme as we prepare for the European Championships next summer,” he added.

Meanwhile the Ireland Under 17 women’s team carded one win and one defeat in their two-game international friendly series against the Wales Under 23 squad in Cardiff last weekend.

And the Ireland Under 18 Women’s team made it a clean sweep in their double-header against the Netherlands in the National Basketball Arena at the weekend.

A 65-46 point win over the Dutch on Saturday was followed up with a tight two-point victory against their guests on Sunday as the Irish continue their preparations for the FIBA U18 Women’s European Championship Division B in Dublin next month.