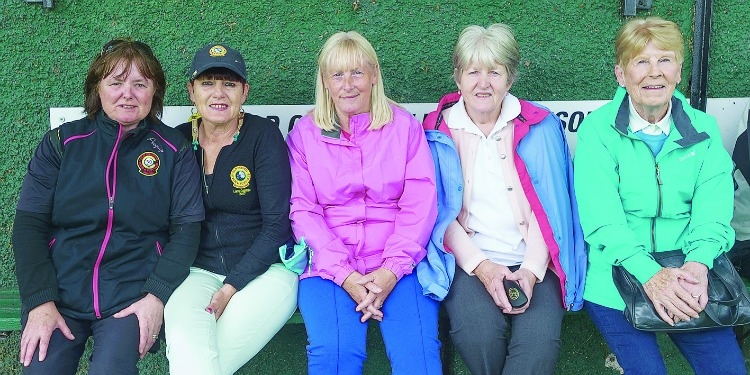 Although they last hosted the ladies one in 2013, it was 21 years since the event last graced the O’Toole Park venue.

The Ladies were first into action on Saturday and, in the Junior Championship, the Glenville club were at the head of affairs, as Maura Doyle won the event by three shots from RGSC’s Marie Dooley with Glenville duo Cath-erine Fox and Christine Mulvey in close pursuit.

The Inter Championship proved highly dramatic as a play-off could not separate Old County’s Laura Whelan and Lucan’s Philo Condron, the former eventually winning on the second sudden death hole for her third successive Dublin title having won the Strokeplay and Matchplay Championships in 2016.

The Senior event saw more success for Ger Ward whose score of 104 (-4) was enough to earn her a four-shot victory over Portmarnock clubmate Sheelagh Elmes.

It marked her eighth successive win of the Peggy Campbell Cup and followed her 11th All-Ireland Matchplay title in Tipperary on the June Bank Holiday Monday.

In the gents on Sunday the host club enjoyed great success, but it was Glenville who again captured the Junior title.

Keith Kershaw, after a 20-year absence from the sport, posted a two-round total of +2 to finish seven clear of the ever popular regular on the circuit CPM’s John O’Keeffe.

In the Inters, Old County secured a clean sweep of the top-three placings with club President Paul Griffin winning the event for the first time since 1985, after he edged out his teammate Charlie Egan for the top prize with Brendan Fitzpatrick finishing third.

The Senior event saw Old County’s main greenskeeper Stephen Murray produce a stunning victory after posting a final round of 48 to win by three shots from clubmate Kevin Bermingham who won the championship when it was last held there in 1996.

Glenville’s Julien Kelly who made his debut at the All-Ireland Matchplay Finals last weekend continued his rich vein of form to finish a shot behind Bermingham.

The club can now look forward to hosting the Dublin Under 16 Championships this weekend and, for the adults, it is off to Kildare to play in the Leinster Championships where Lucan’s Keith Redmond will be among those defending titles.