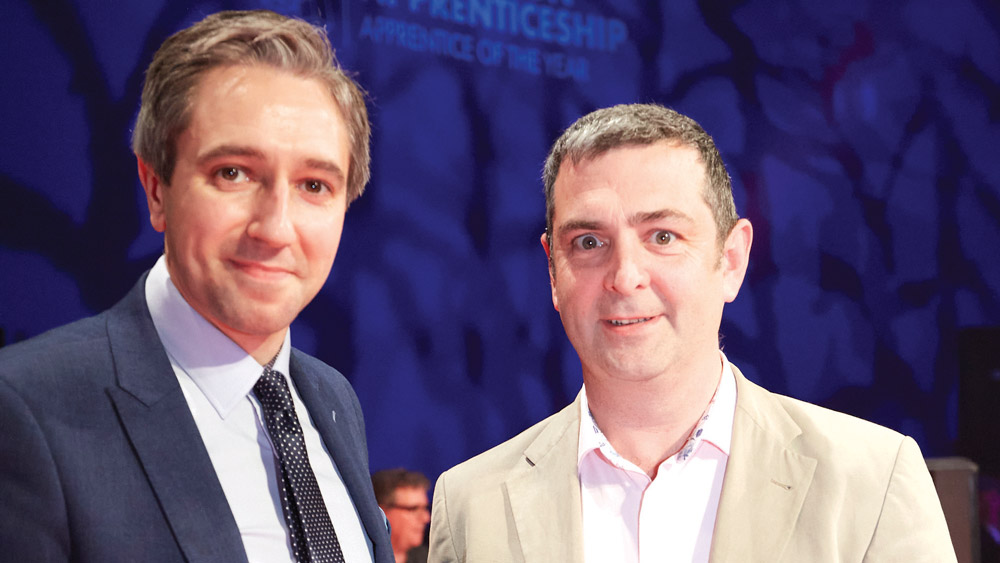 THERE was plenty of success for a number of local lads who picked up prizes at the inaugural Apprentice of the Year Awards ceremony in the Mansion House.

Among them was Lucan native, Brian Riordan, who received ‘Apprentice of the Year’, claiming the first-ever national title while Dean Doyle from Rathcoole, a Motor Mechanics Apprentice at Frank Keane, Naas Road, and Gareth Mullen Plumbing Apprentice at Tritech Electrical, were also in the top finalists.

Minister for Further and Higher Education, Research, Innovation and Science, Simon Harris, TD presented the awards to 12 exceptional finalists, out of 187 nominees from every county in Ireland.

Five hundred guests from across the apprenticeship system, including employers, educators, apprentices and their families, attended to celebrate the outstanding contributions and achievements made by Ireland’s 25,000-strong apprentice community.

Apprentice of the Year Brian Riordan says of his win, “I’m absolutely delighted to win the Inaugural Apprentice of the Year! And I’m thrilled, absolutely thrilled, and lost for words, honoured and humbled by winning this. I work for Designer Group. They gave me the opportunity to restart my career, which I’m very grateful for. I was made redundant from my last job, and I was suffering stress and stuff from that. And this gave me the opportunity to change. No matter where you are in life or whatever, there’s options open and once you choose to do something there’s always some way to do it. I went a completely different pathway and then in the last few years, decided to change and I found that it really worked for me and the earn-while-you-learn bit is what made all the difference.” 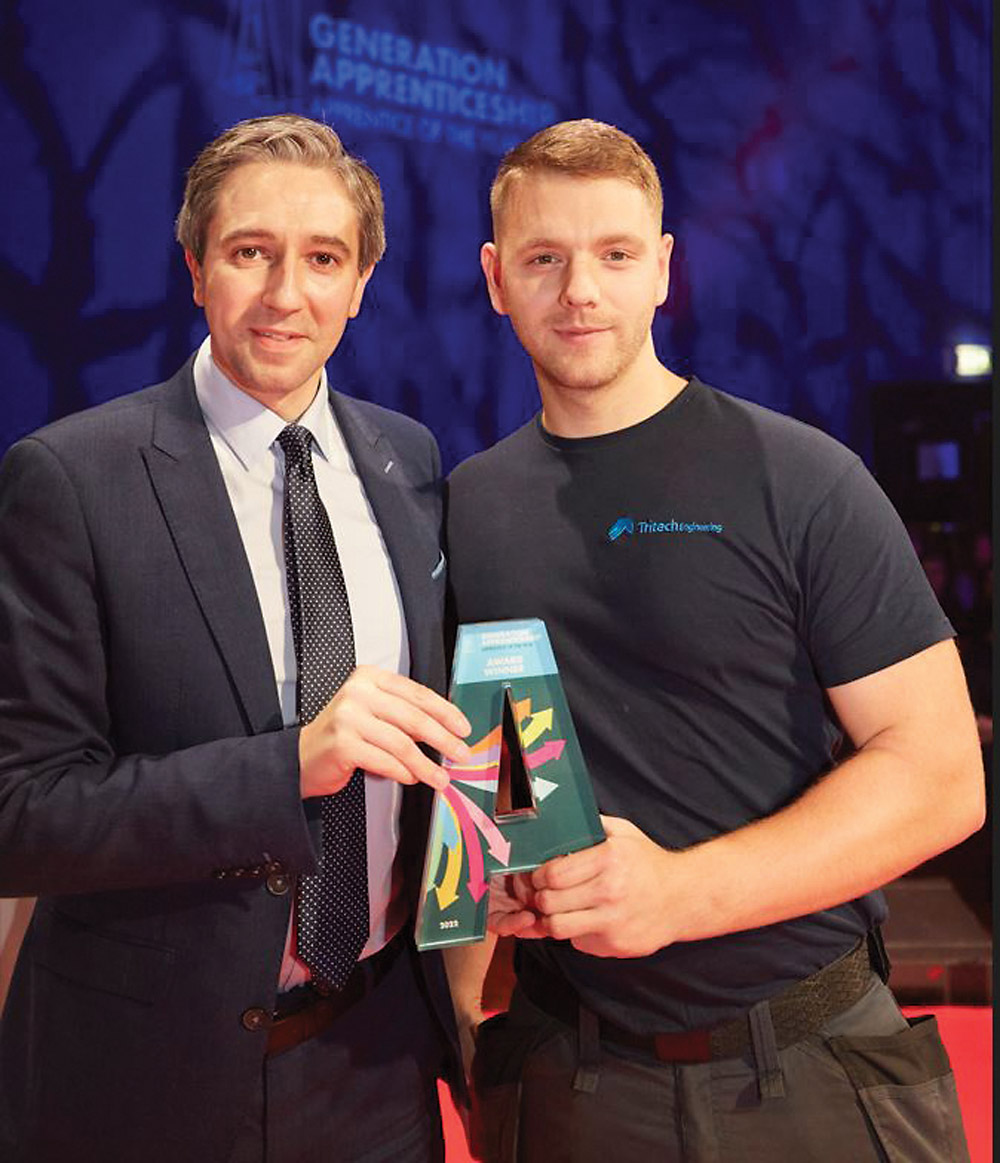 Award winner Gareth Mullen, Plumbing apprentice at Tritech Electrical said: “I was on the team completing essential works in Dublin Airport during the pandemic. It was the extension of the immigration hall to deal with the increase of non EU passengers following Brexit. It was on this job that I learned the skills to push me forward and I developed a love for my trade and a sense of pride in my work. This helped me achieve my nomination for apprentice of the year with Tritech and I am delighted and honoured to have secured a category win the Generation Apprenticeship Apprentice of the Year competition.”

Employer Frank Keane Motor says of Dean: Doyle: “Dean is an excellent apprentice who has become an integral part of our fast-moving retail technical team at our Naas Road workshop. He will always endeavour to “think outside of the box” when faced with a difficult fault or customer situation. Dean is a huge team player who works extremely well with Senior technicians.”