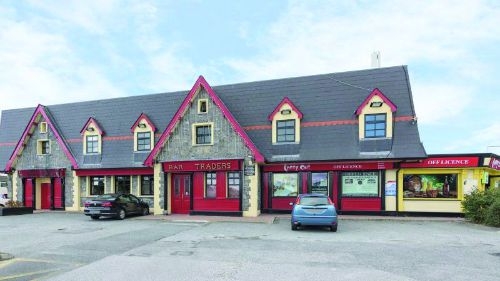 LOUIS FITZGERALD’S Traders pub in Walkinstown sold for €1 million at the last Allsop Auction on Tuesday.

Three months ago, Mr Fitzgerald told The Echo that he was putting the pub on the market as it is no longer a fit with the Fitzgerald group’s portfolio.

Mr Fitzgerald told The Echo: “Traders is a great pub with great staff, but I have decided to sell it on due to the fact that it’s not fitting in with our current portfolio. The pubs in our group are all veering towards food and that’s something that Traders doesn’t fit with.”

The Louis Fitzgerald Group is now the country’s largest pub group and they doubled their profits to €10.9 million in the 12 months to the end of June last.

Locally, the group own An Poitín Stil in Rathcoole, Finches and The Laurels in Clondalkin, The Old Mill in Tallaght, The Palmerstown House, The Penny Hill and Carroll’s in Lucan, and The Marble Arch in Drimnagh.

A number of local properties were also for sale in the auction. A unit at Weatherwell Business Park on Station Road in Clondalkin sold for €291,000. Units A-J at Newgrange House, Clonard Road in Crumlin were withdrawn prior to auction.

The former Excel Drain Cleaning unit at John F. Kennedy Drive, Dublin 12, was sold for €365,000. Unit 81 at Cherry Orchard Industrial Estate in Ballyfermot was sold for €175,000. A unit at Baldonnell Business Park was sold prior to auction for an undisclosed amount.

An industrial unit and yard at Grange Mills, Newcastle Road in Lucan was sold prior to auction for an undisclosed amount.