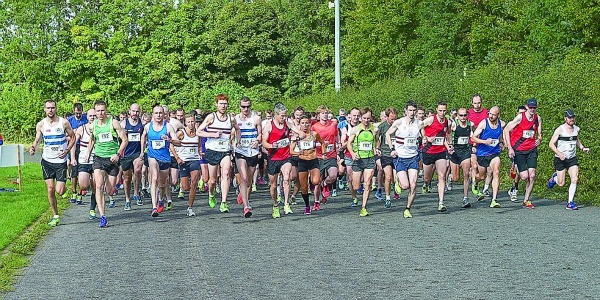 LUCAN Harriers Athletic Club are among the major beneficiaries of the Sports Capital Funding – securing €200,000 to go towards a synthetic running track.

The funds and upgrade to the track will potentially see Lucan Harriers Newcastle Road location become a premier athletic venue in West Dublin.

Among them are Lucan United and SDCC, who have received funding of €150k for an all-weather facility next to the clubhouse at Airlies Heights.

Lucan Harriers PRO Winifred Ryan was “delighted” with the news. She said: “The current track has been in place for over 30 years, but in serious disrepair. Lucan Harriers currently have floodlights and a club house – a synthetic track will make it the premier athletic venue in West Dublin.

“There will be a long road of fundraising ahead, but one which will have a very worthwhile outcome. Local schools and organisations will also be able to benefit from the redeveloped track.”

Independent councillor Leona O’Toole has put forward a motion at the next Lucan ACM calling for the track to be afforded national status.

“I conducted references with local sports clubs and schools, many would be able to use the facilities at different stages during the week,” said Cllr O’Toole.

Minister for Justice Frances Fitzgerald said the new all-weather facility at Airlie Heights “will greatly support the ongoing development of Lucan United and of underage soccer in Lucan.”

Labour TD Michael Conaghan welcomed funding for an all-weather pitch in Brickfields Park as “reward for the years of efforts by the Drimnagh Community Residents Group, Willie Kavanagh of St John Bosco Football Club and the late John O’Halloran who was a great advocate for football and proper facilities in Drimnagh.”