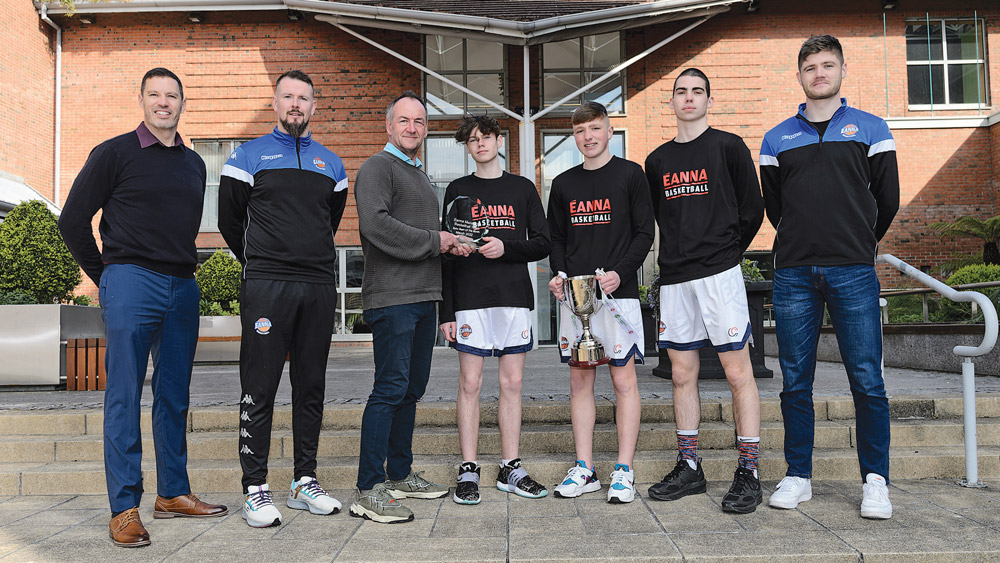 HAVING landed the Men’s Under 18 Billy Coffey National Basketball Cup last month, Éanna has secured its place in the line-up of contenders for The Echo Team of the Year accolade.

A strong defensive performance was key to Ciaran O’Sullivan side’s superb 68-48 triumph over Phoenix in the decider at Neptune Basketball Club in Cork in March.

The win competed a tremendous campaign that saw this Éanna outfit enjoy a really good pre-qualifying tournament in Portlaoise before continuing on to beat Limerick Celtics in the National Cup semi final.

This National Cup triumph was part of a massive month for a large portion of this Éanna team that also helped Coláiste Éanna see off St Joseph’s 56-42 to lift the All-Ireland Schools Under 19A Boys Basketball League title in the National Basketball Arena a couple of weeks previous.

And the season is not yet over for Rathfarnham side as they will bid to make it a double when they line out in the Dublin Cup decider against near neighbours Templeogue, who pipped them for the county league title.