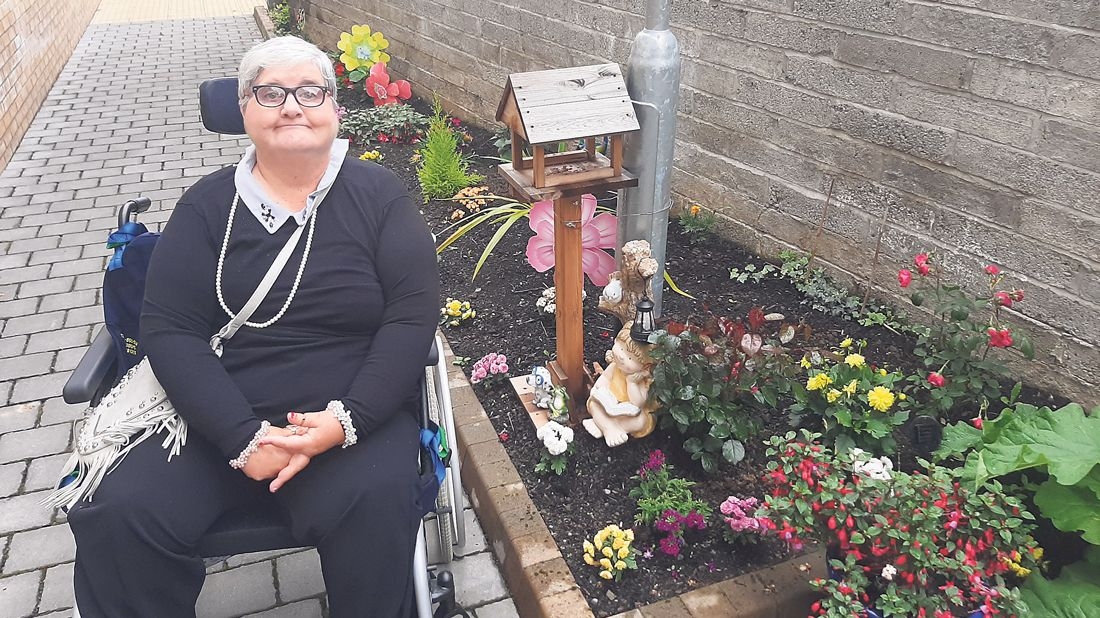 Marian has her garden blooming during lockdown

THE lockdown put a major dent into the many activities of pensioner Marian Cullen, but one area that benefited from additional time at home was her garden.

Marian (67) entered pictures of her garden for the Ballyfermot-Chapelizod in Bloom competition, which is run by Dublin City Council, and images of her green thumb skills are due to appear at a public exhibition in the coming weeks.

The annual Bloom Festival was due to take place over the June Bank Holiday weekend in Phoenix Park, but Covid-19 put a stop to the gardening festival and all other major events.

Instead, the city council came up with an idea for a couple of local Bloom events in Balyfermot-Chapelizod and Drimnagh.

“My uncle Georgy, from Poddle Park, was a gardener and a farmer, and my mammy Mary Cullen (nee Kenny) taught me something about gardening,” said Marian, who used to work with Enable Ireland on Cashel Road.

“My neighbours have been very good to me here. Brian, Matthew, and it was John who asked me would I like to enter the Bloom competition, and I said ‘yes I would’.”

Originally from Crumlin Village, Marian has lived in the elderly complex Annamore Court in Ballyfermot for the last two years – a sheltered housing scheme for senior citizens.

Marian’s support workers Radha Walsh and Helen Flood, from Cheshire Ireland, are full of praise for her good nature when The Echo visited her garden on Friday.

“It is her pride and glory – management allowed them to dig it up out the back and it is absolutely gorgeous,” said Radha.

Marian has been unable to engage in her other activities lately due to covid, such as botchia in the local leisure centre, but it hasn’t dampened her spirits.

“She is so social, everyone knows her when we go out, the butcher, the baker, they all stop to speak to her,” said Radha.

Despite being in a wheelchair, Marian lives a very active life, and takes part in yoga, bingo at the Annamore complex, dancing, and singing.

She was happy to be able to return to mass last week at Assumption Church following the easing of restrictions.

Another big passion of hers is making her own artwork, cooking and a weakness for Daniel O’Donnell.

“I love Daniel O’Donnell, I’ve loved him since I was a young girl,” she said.

“I also love the song Paper Roses by Marie Osmond.”

The two support workers nod in approval as Marian lists Red Velvet cake and trifle as her favourite items to bake.

An open invite will be sent to Daniel O’Donnell should Marian be part of a local art exhibition post covid.