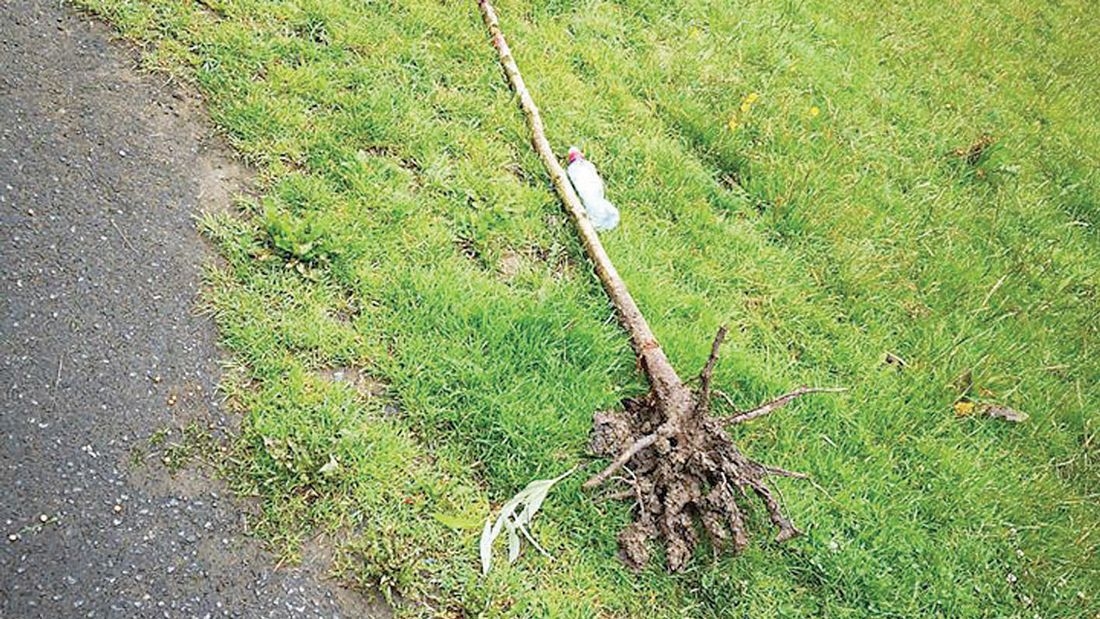 PARK users were shocked to find a number of uprooted trees in Sean Walsh Park last week in what initially appeared to be an act of wanton vandalism – but the trees were in fact removed by South Dublin County Council as they had died.

On Thursday morning, a number of park users came across 16 trees that had been taken out by the roots near the Whitestown Way section of Sean Walsh Park, which led one concerned resident to contact The Echo.

One of the trees uprooted in the park

The resident, who is a pensioner who uses the park daily and asked to remain unnamed, said: “Sean Walsh Park is such a beautiful park – I’ve walked there every day during the pandemic.

“I’m very observant. I love the park and I’m so privileged to have it.

“But, when I was there on Thursday, all of the trees along the walkway between the two lakes at the Whitestown Way side of the park had been pulled out of the ground with the roots exposed.

“I just can’t get my head around it.”

The Echo contacted South Dublin County Council about the removal of the trees, and the local authority stated that the trees had died, which meant they needed to be removed.

The council spokesperson said: “The trees removed from Sean Walsh Park had died and were removed by the council earlier this month to allow for replacement later in the year.