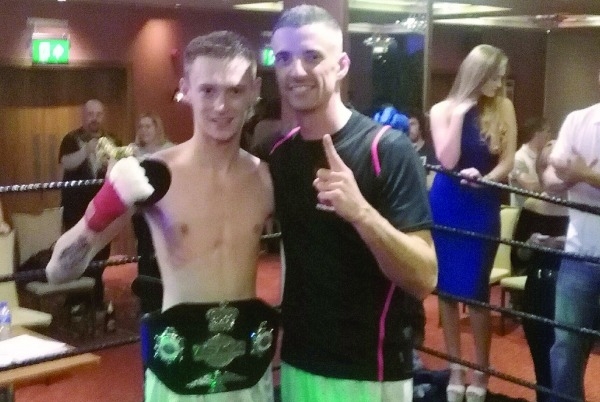 Hayden, a 2016 ISKA Junior world champion, played his part in an exciting contest.

“We got the decision after a hard-fought 10-minute scrap. We did enough to be crowned the new ISKA senior champion, but as much as I want to congratulate myself an James for all the work we put it, I’m blown away by the heart and talent Paul Hayden is.

“We fancied our chances in the hand exchange, but that proved to be fruitless so we had to change tactics and fight a very technical, safe fight, which we really didn’t want to do because we’d worked on so much.

“But testament to Hayden’s form, he just didn’t allow us to go up the gears. James managed to pinch it with accurate kicks, combos and move in order to rack up the points, giving us a unanimous decision.

“Over that time he’s racked up so many accomplishments. I could not be happier for him” he added.