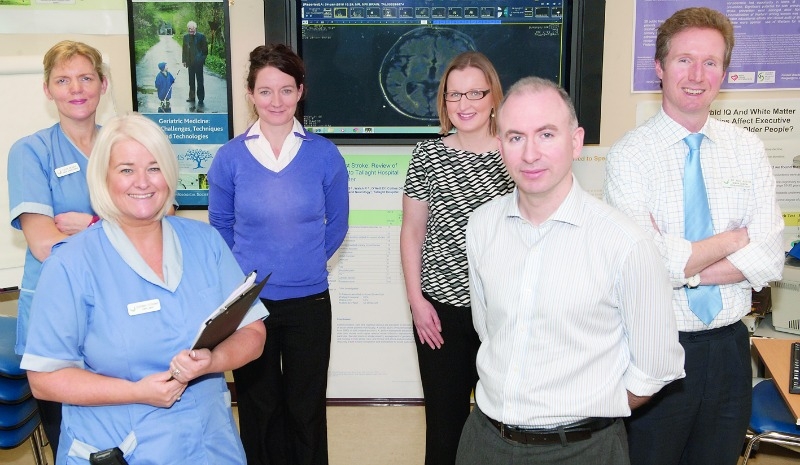 A NEW Memory Clinic at Tallaght Hospital is leading the way in providing dementia services, alongside being the national hub for a global research project that is investigating ways of diagnosing Alzheimer’s as early as possible.

Dr Sean Kennelly, Consultant Physician in Geriatric Medicine, told The Echo how Tallaght Hospital’s catchment area is one of the largest in the country – within which, there is a rapidly aging population that will increase incidence of chronic disease such as dementia.

Nationally, around nine per cent of Irish people over 65 have dementia, which, in a local context, equates to 2,200 people in the Tallaght area – a figure that is set to rise.

According to hospital figures, there has been a 22 per cent increase in older persons attending A&E in the last five years – a pattern set to continue over the next 15 years as the local population aged over 75 increases by 123 per cent or 11,500 people.

Dr Kennelly said: “The hospital has set up several things to address dramatic changes in the age profile, and the memory clinic is one of them.

“It’s multi-disciplinary clinic that aims to diagnose dementia as early as possible, with patients having mild memory difficulties or memory and behaviour issues.

“The focus of what we do here is making a more timely diagnosis particularly with Alzheimer’s [which is the most common form of dementia].

“We want to identify Alzheimer’s ahead of a person developing symptoms.

“Alongside medication, there are interventions, which are nothing remarkable, such as exercising for 30 minutes two or three times a week, monitoring your cholesterol and blood pressure and having a standard healthy diet that can reduce the risk of progression of dementia by up to 25 or 30 per cent.”

Tallaght Hospital is also the Irish centre for a global, two-year research project with people that are at risk of developing dementia.

According to Dr Kennelly, all of the people for the Irish leg of the research project have been recruited and have started taking medication that removes a protein called amyloid from the brain, which is believed to contribute to dementia.

“It is hoped that the removal of this protein will delay the progression of dementia,” Dr Kennelly said.

“This is a very important study, with some 200 sites internationally, and will hopefully assist us in treating people before they start to develop any symptoms.”

Concluding Dr Kennelly told The Echo that the hope is to establish Tallaght Hospital as the main clinic research centre for dementia, not just nationally, but internationally.