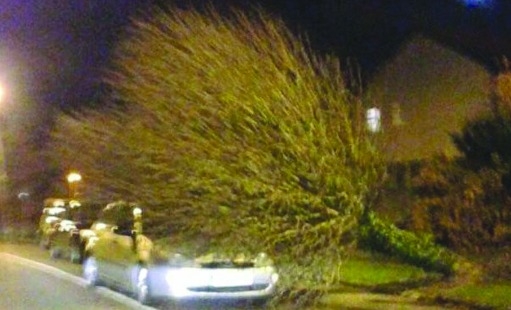 Missed any of the biggest stories from last week’s Echo? Right this way >>>

A HEAVILY pregnant woman, her sister and a toddler had a terrifying near-miss experience during the high winds on Tuesday, when a tree uprooted and landed on the roof of their car. Click>>> HERE

CRIME: Front doors of a church were kicked in by a thief who proceeded to smash internal doors and steal parish property during a sickening robbery which has shocked a community. Click>>> HERE

HERO: Last week we brought you the news that multiple knifepoint attacks had taken place across Tallaght, with one teenager receiving stab wounds after he stepped in to help a woman who was being mugged. Click>>> HERE

SHOP LOCAL: In last week’s Echo we launched our ‘Shop Local Christmas 2015’ campaign, which is all about supporting local business for the better of the local economy. Click>>> HERE

LEGEND: Tributes poured in for community stalwart Aidan Dardis last week – who sadly passed away at his home in Clondalkin on November 11. Click>>> HERE

BOGUS: There was a massive reaction online to the nest that generous residents were being preyed upon by bogus charity collectors, who are knocking on homes under the pretence that they are collecting for local homeless services. Click>>> HERE

THOR: Another story that was shared hundreds of times online was in relation to the 45 arrests made by Gardai in Tallaght during a three day intelligence led operation on the streets of Tallaght. Click>>> HERE

WATCH: Although it’s not technically last week’s news, on Friday Philip Preston of Tallaght Rugby Club was announced as this year’s Tallaght Person of the Year. You can watch his speech here>>>