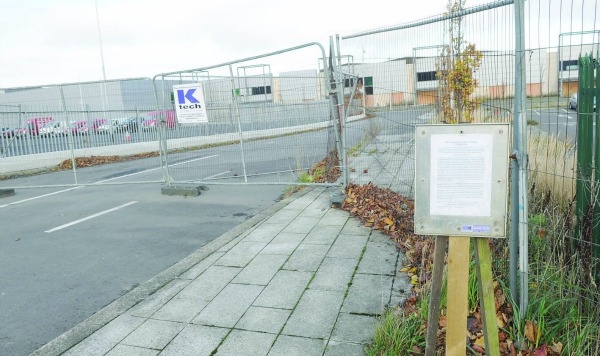 RETAILER Harvey Norman looks set to open shop in Tallaght after submitting a planning application for the alteration of a previously developed retail park on the Airton Road.

The application was submitted by Harvey Norman Tallaght Ltd and is for a site located within the Airton Road Retail Park with the addition of four areas of mezzanine floors within the existing building for use as staff, ancillary and equipment accommodation.

Airton Road Retail Park was sold earlier this year as part of a sale which also included the office block known as Junction House located beside the retail park.

The properties were sold in excess of their combined €4.8 million asking price by Ganly Walters on instruction of receivers Jim Hamilton and David O’Connor of BDO with a non-disclosure agreement attached to the sale.

Also included in the application is the erection of a single storey stand alone cafe building covering 218 sqm with an external seating area of 60 sqm.

Reconfiguration of the existing car park to provide 257 car parking spaces and 42 cycle park stands and the creation of a new access road will also be a part of the development.

The Greenhills Road site will also see some improvements as part of the development including lane widening and upgraded traffic lights and traffic management systems.

Cladding to the front and side elevations of the building and entrance canopy is included within the application along with the removal of one entrance canopy.

Illuminated signage to the front and side of the building and the frame canopies is included in the application along with an illuminated display sign.

Harvey Norman currently has one other local location, in the Nutgrove Retail Park in Rathfarnham.

Submissions on the application will be accepted until December 10 and a decision from South Dublin County Council is due by January 9, 2016.

NEWER POSTMissed any of the biggest stories from last week’s Echo? Right this way >>>
OLDER POSTCar smashes through shopfront in Crumlin