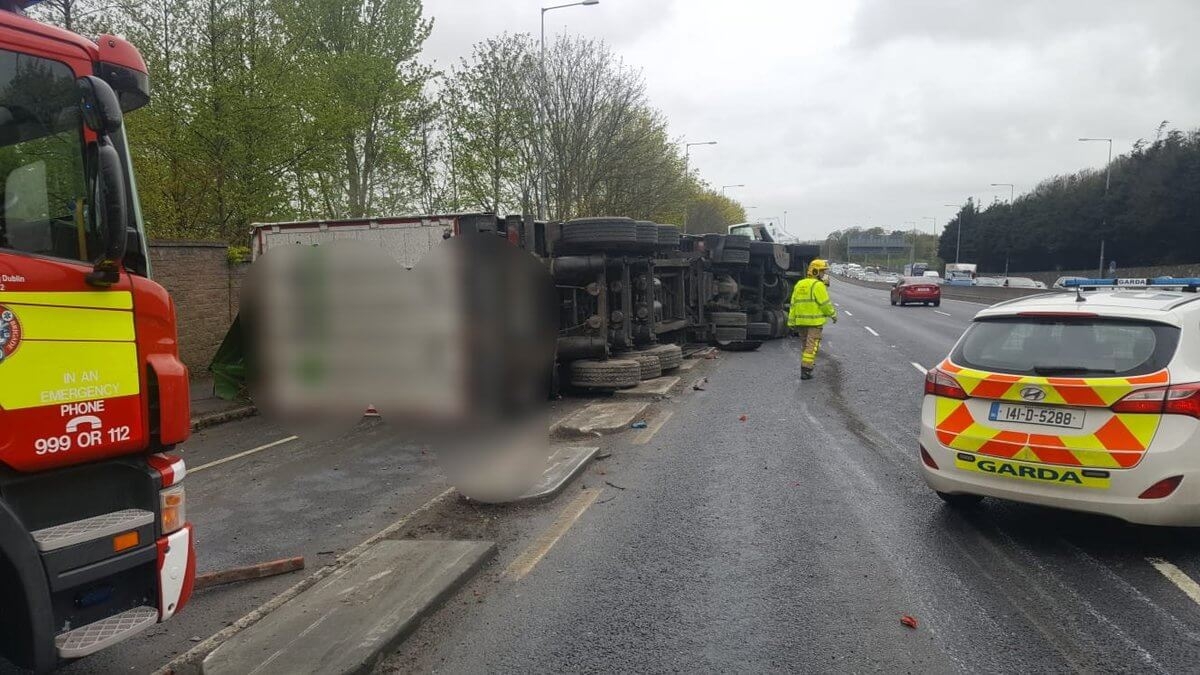 UPDATE: Two lanes on the N4 outbound re-opened at 3.34pm according to AA Roadwatch.

A SERIOUS collision on the N4 this morning at approximately 10am has caused carnage on the busy motorway - motorists are advised to avoid the route this evening until further notice.

Emergency services were at the scene to deal with an overturned truck on the N4 outbound, close to the Foxhunter Pub, which forced both lanes to close.

Credit to Dublin Fire Brigade for the photo

Although a laneway re-opened for a period of time, both lanes outbound at J2 Liffey Valley have been closed again for a garda investigation.

Dublin Fire Brigade said they were dealing with the incident, with firefighters and advanced paramedics from Tallaght and Dolphins Barn at the scene.

Cranes lifted the truck back up during the day.

AA Roadwatch warned motorists of delays on approach right back to Chapelizod Bypass.

They said traffic was also very heavy of the M50 both ways exiting at J7 Lucan as a result of the incident on the N4 – with delays back to J4 Ballymun and northbound delays from J11 Tallaght.

Traffic was also extremely heavy towards the N4 on the Fonthill Road and also towards Lucan Village on St Loman’s Road/Ballyowen Road and Castle Road.

Credit to Dublin Fire Brigade for the photo

Motorists are advised to check AA Roadwatch for updates and avoid the area if possible.