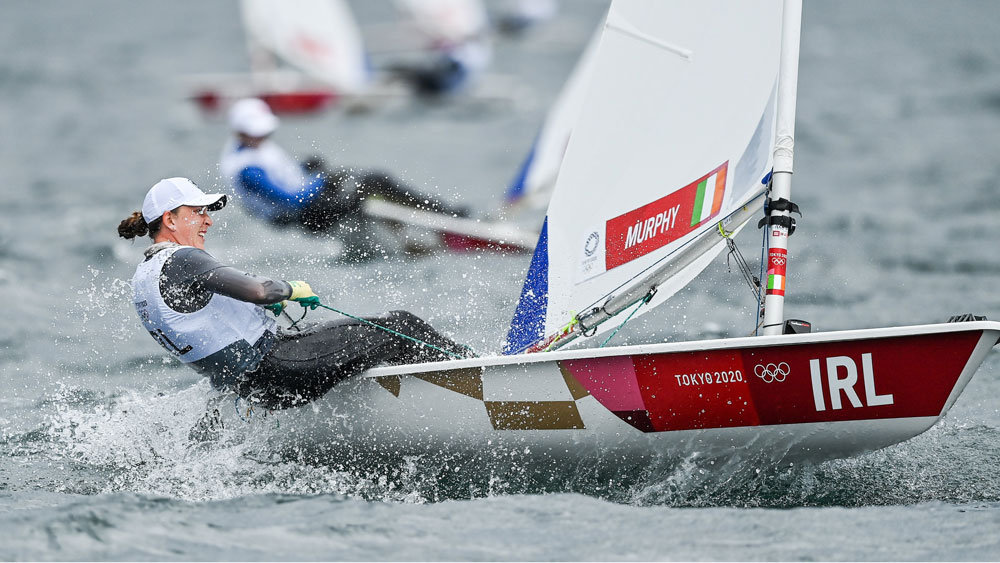 Annalise Murphy from Rathfarnham rocketed up the leaderboard in Tokyo today

Following an impressive day of sailing at the Tokyo Olympics, Rathfarnham’s Annalise Murphy moved up to 20th place in the Laser Radial rankings.

After slipping down to 32nd at the end of race four on Monday, Murphy needed a set of big performances to keep her chances of another podium finish alive.

A silver medallist in this event at the 2016 Rio Games – having narrowly missed out on the top-three in the London Olympics four years earlier – the 31-year-old discovered the kind of form that has made her one of the most respected athletes in her chosen field.

In race five of the Laser Radial class – held in the Japanese capital at 12.05pm local time – she made steady progress during the opening three legs.

She had moved from 14th up 10th by the end of the fourth leg and eventually claimed a ninth-place finish, 1 minute and 11 seconds adrift of race winner Josefin Olsson (Sweden).

This placed her in fine spirits ahead of race six, which took place at 1.38pm local time (or 5.38am Irish time).

Conditions proved somewhat trickier for the latest phase of this regatta and Murphy found herself in 24th after leg three.

However, she jumped 10 places at the end of the next leg and continued on an upward curve for the remainder of the race.

She ultimately crossed the finishing line in 10th place and is now comfortably into the top half of the Laser Radial leaderboard.

Murphy now has a rest day to look forward to tomorrow, before she returns for race seven and eight on Thursday – scheduled for 4.15am and 5.30am Irish time.