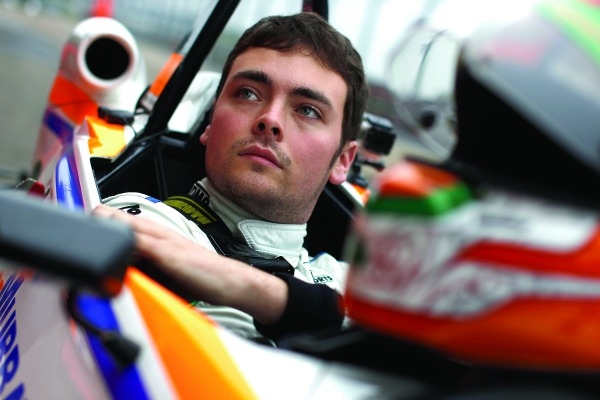 The title, which brings with it a place in the shootout for a funded drive in the 2017 USF 2000 series, has attracted a strong field of drivers, Murray being among them.

The SEAT Supercup Ireland champion will be looking to rekindle the form that saw him land the 2013 Formula Ford Festival title in Brands Hatch when he contests the eight double header meetings that make up thie British FF series this season.

“Traditionally the championship wouldn’t be as competitive [as the FF Festival]” Murray pointed out.

“Anyone who is any way competitive will come out for that, but in this year’s championship you have so far about seven or eight drivers who are really good” he added.

Among those who will be pushing for the championship crown will be 2014 Formula Ford Festival champion James Raven as well as 2015 Walter Hayes winner Graham Carroll.

Jordan Dempsey, James Roe and Jake Byrne are also sure to figure among the contenders for the championship which will take drivers to venues such as Silverstone, Zandvoort, Rockingham, Brands Hatch, Anglesey, Donnington Park and Croft as well as Oulton Park.

Murray is no stranger to these tracks and is confident he can deliver really strong performances at a number of them under the guidance of Bernard Dolan Motorsport with whom he enjoyed much success in 2014, during his time as the Dunlop Motorsport Ireland Young Racing Driver of the Year.

Fresh from winning the BRSCC title in 2015, Dolan’s team will easily be one of the favourites to repeat that feat this year.

“I have the lap record for the Ginetta Juniors at three of the tracks, Donnington, Oulton and Croft and I won the 2013 Formula Ford Festival in Brands Hatch so I’m pretty comfortable there too” said Murray.

“It was built back in 1999 and had a difference engine back then.

“The slightly newer designs are more preferred now and I feel it will be quicker than it was” added the Firhouse man.

There will certainly be no shortage of incentive for Murray and the entire British Formula Ford field given that the winner of the 2016 series will continue on to a shootout for a funded drive in the USF 2000, worth in the region on $200,000.

“It really adds an extra bit of spice to things. I’m really looking forward to working with Bernard Dolan again, I am confident that the car will be 100 percent” he added.