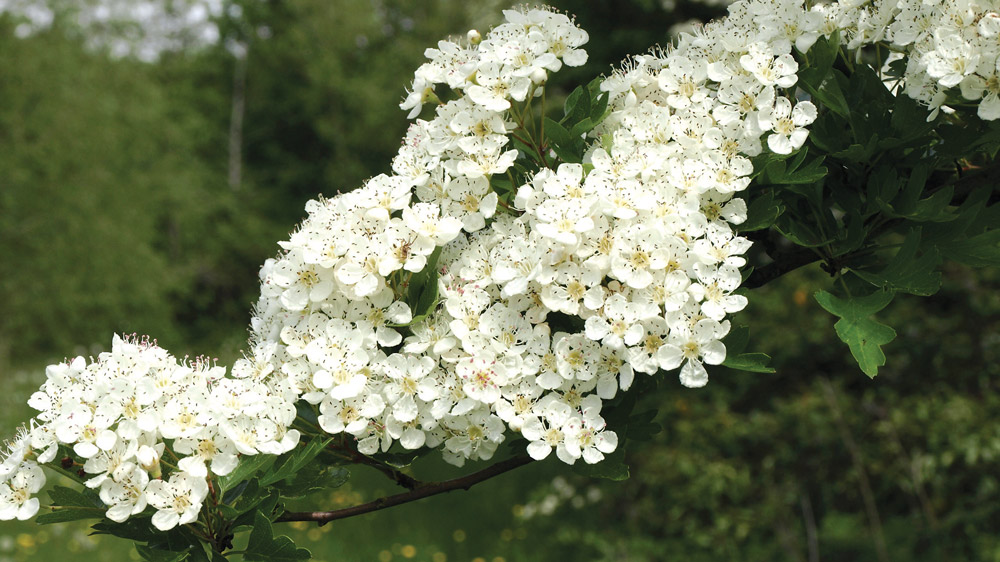 Native Hawthorn blooms profusely in May.

Nature on our doorstep: A Christmas Thorn . . .

In mild winters, some trees like Alder or Hazel can begin sending out their dangling catkins in early January.

Because of the recent very mild winter weather in November, some of these early springtime catkins have already been spotted in flower.

It would not be usual, however, to find a Hawthorn bush in flower in the first week of December.

Hawthorn comes into flower from late April, and it is normally in full flower in May.

This is why it is also known as the May Bush.

Finding a Hawthorn in flower along the Dodder, and sending out its characteristic fragrance, is a lovely surprise in early December.

A closer look at the flowers and leaves, however, suggests it is most likely a variant of the native Hawthorn. 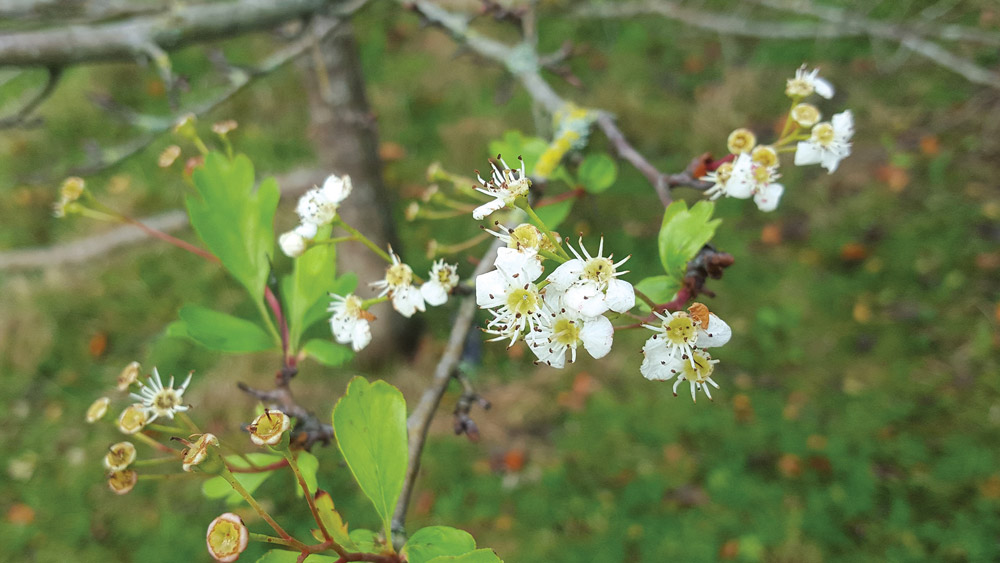 The ‘Christmas Thorn’ blooms in December as well as in springtime

This variant is referred to ‘Biflora’ because it flowers twice in the year, once in spring and then again in early winter.

The Biflora variant is also called the Glastonbury Thorn.

Legend suggests that Joseph of Arimathea came to Glastonbury in England shortly after the death of Jesus of Nazareth.

It is said that when he thrust his wooden staff into the ground, it took root and grew.

Because it flowers in mid-winter, the Glastonbury Thorn is also known as the Christmas Thorn.

In Britain, there has been a tradition of presenting a flowering twig of this variant to the British monarch at Christmas time.