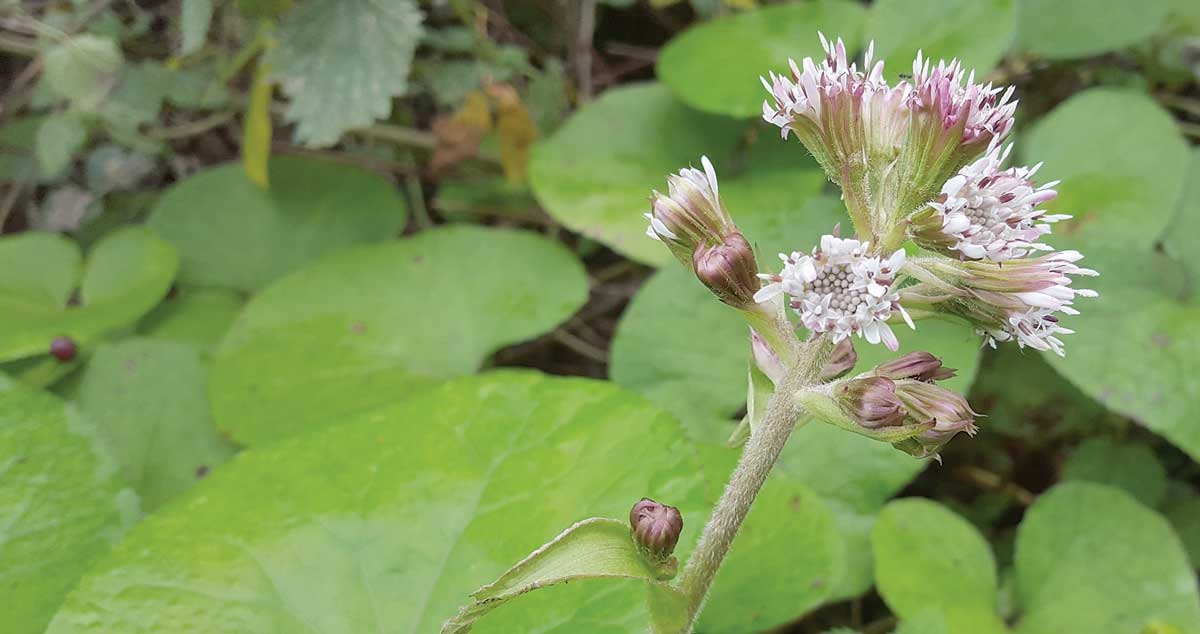 Nature on our doorsteps: Winter Heliotrope in flower

One of our most widespread winter plants is coming into flower now along roadside verges, at the base of hedgerows, or carpeting shady streams and embankments.

These leaves are smooth on top but hairy underneath and seem to dominate the edges of many damp paths and patches of waste ground.

The flowers of this plant will follow the path of the sun as it makes its way across the sky. This process is called ‘heliotropism’, giving rise to the plant’s common name, Winter Heliotrope.

The plant’s Latin name is Petasites fragrans, telling us that, yes indeed, it is fragrant, smelling sweetly of vanilla. The name ‘Petasites’ comes from the Greek word ‘petasos’, which refers to the felt hats once worn by shepherds.

This nicely describes the leaves of Winter Heliotrope which are felt-like underneath and which can grow large enough to be used as an emergency head-covering!

While the plant is of enormous benefit to insects in winter and was once grown beside beehives to provide winter foraging for bees, it is not native to Ireland and its large leaves can shade out neighbouring plants.

NEWER POSTChristmas FM hits the airwaves for a worthy cause
OLDER POSTIs an election on your Christmas wish list?