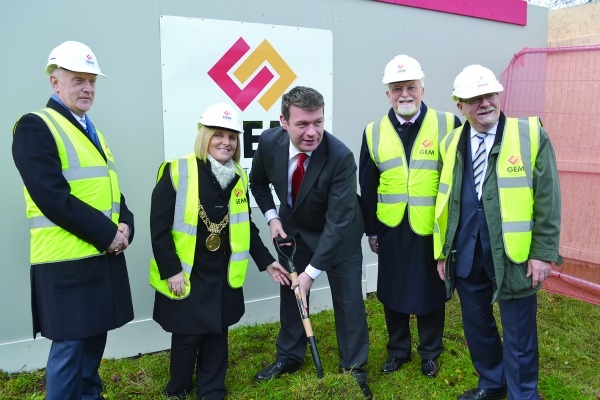 New €8.3m apartments to be built for senior citizens

MINISTER for Environment Alan Kelly and Dublin City Council Mayor Críona Ní Dhálaigh attended a ceremony to mark the commencement of a senior citizens’ housing project in Ballyfermot this week.

The turning of the sod ceremony at Annamore Court on Wednesday marks the commencement of the construction of 70 sheltered housing apartments for senior citizens at the site, formally known as Canon Troy Court.

The Iveagh Trust secured funding for the development with the Department of Environment – expected to cost in the region of €8.3 million.

The council disposed of the freehold interest for Canon Troy Court and premises adjoining on Chapelizod Hill Road to the Iveagh Trust, who are funding the development with private finance under the Social Housing Leasing Initiative.

Planning permission was given the go-ahead for the project in 2014.

The previous Canon Troy Court complex contained old bed-sits that were not up to the standards for modern living.
It is hoped that the Annamore Court project will be constructed and fit for habitation by early 2017.