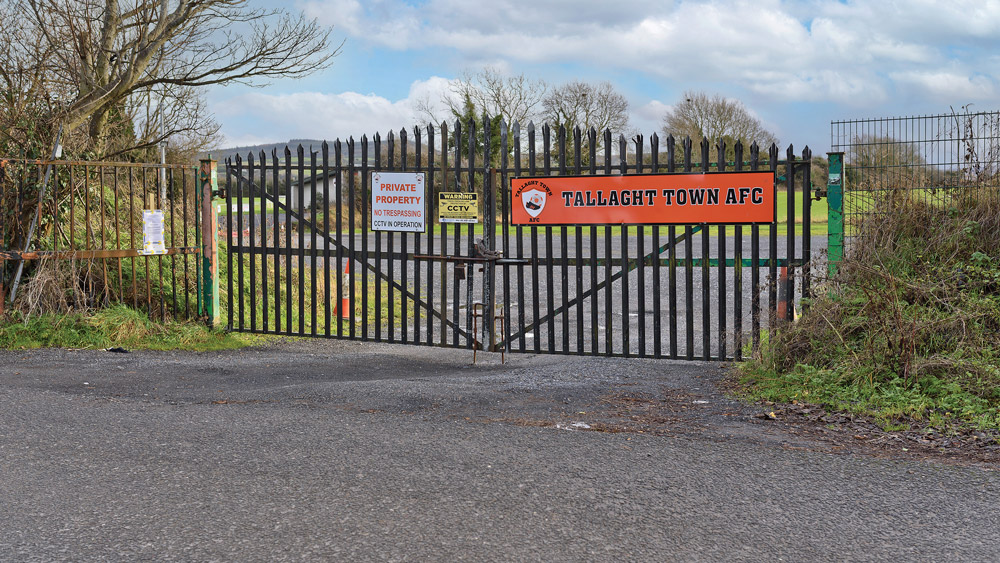 THE proposed development of a new all-weather pitch at Tallaght Town AFC’s grounds in Carolan Park would make “a massive difference” to the growing club, according to the chairman.

The club submitted a planning application to South Dublin County Council for the project last month.

In the application, the proposal is described as a new all-weather pitch complete with perimeter fencing and floodlights and all associated site works.

Alan Merriman, chairman of Tallaght Town AFC, told The Echo that the club has grown substantially in recent years, and the lack of a dedicated Astro pitch has disrupted their activities.

“We’re at a situation where we have 39 teams up there at the moment,” he explained, “and we have 500 kids in the club, and with all the new housing estates, it’s growing substantially.

“Over winter, we had some of our teams travelling to Lucan to play on an Astro pitch, which is ridiculous.

“We’re struggling badly for an Astro pitch, and it’s badly needed for the winter months.”

At present, the club has standard grass pitches in Carolan Park and it rents pitches at the Postal Club and Killinarden Community Centre.

This situation is not sustainable long-term for the club, according to Mr Merriman, as matches and training events have had to be cancelled because of a lack of Astro pitches.

The development of an Astro pitch also aligns with the club’s five-year plan and seems a fitting follow-on from the development of the Tallaght Town AFC clubhouse in recent years, according to Mr Merriman.

“We built a clubhouse three years ago, so we’ll be in a position to have that paid off this year so now’s the time to get an Astro pitch,” he explained.

“It would make a massive difference to us. For six months of the year, some of our pitches are not playable.

“The amount of times we’ve had to cancel training or matches…to have our own Astro means matches won’t be cancelled, and it’ll make a massive difference to know we can play games in winter.”

A decision on the planning application is due from the council by February 23 and, if successful, Mr Merriman said the club plans to apply for a Sports Capital Grant and council grants to fund it.