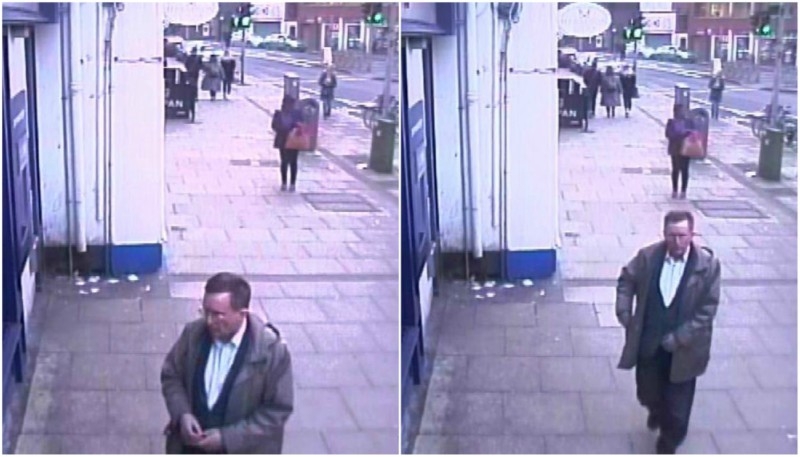 GARDAI have released new photos of missing 71-year-old Brendan Burke, who was last seen outside the Permanent TSB in Rathmines on the day he was reported to be missing.

Gardai have renewed their appeal for Mr Burke, who is missing from Bloomfield Care Centre in Rathfarnham since November 15.

New photos captured on CCTV show Mr Burke walking by the entrance of the bank on Wednesday, November 15.

A garda spokesperson said: “He is described as being 5'11", of medium build, with dark brown hair. Brendan has blue eyes and wears glasses.”

Anyone who has seen Brendan or who can assist in locating him is asked to contact Rathfarnham Garda Station on 01-6666500, The Garda Confidential Line 1800 666 111 or any Garda Station.