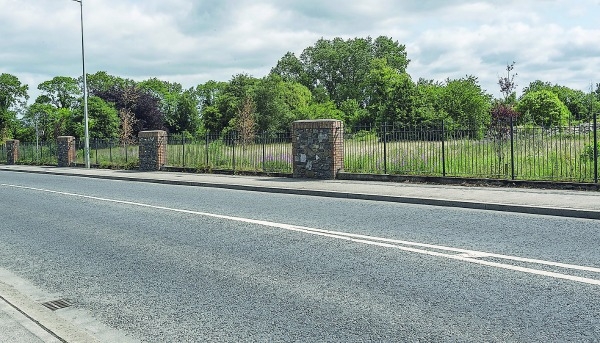 A NEW application for the development of 80 housing units on the Coolamber site in Finnstown, Lucan has been submitted to South Dublin County Council.

It was submitted by Crekav Trading GP Ltd, which includes housing developers Greg Kavanagh and Patrick Crean among its directors.

Included within theplans is the development of 39 two-storey houses which include 26 four-bedroom units and 13 three-bedroom units.

A three-storey and one-storey apartment block is proposed, to include eight one-bedroom, 20 two-bedroom and five three-bedroom apartments along with eight duplex units as part of a three-storey duplex block.

The proposal excludes adjoining lands which house nine trees that were protected by an order last year.

A previous proposal from the developers, which would have seen 74 units developed on the site, was refused permission earlier this year by An Bord Pleanala following strong opposition by local residents and politicians.

Last July, a tree preservation order was granted by South Dublin County Council for nine trees located on the site, which must be protected by any development that takes place.