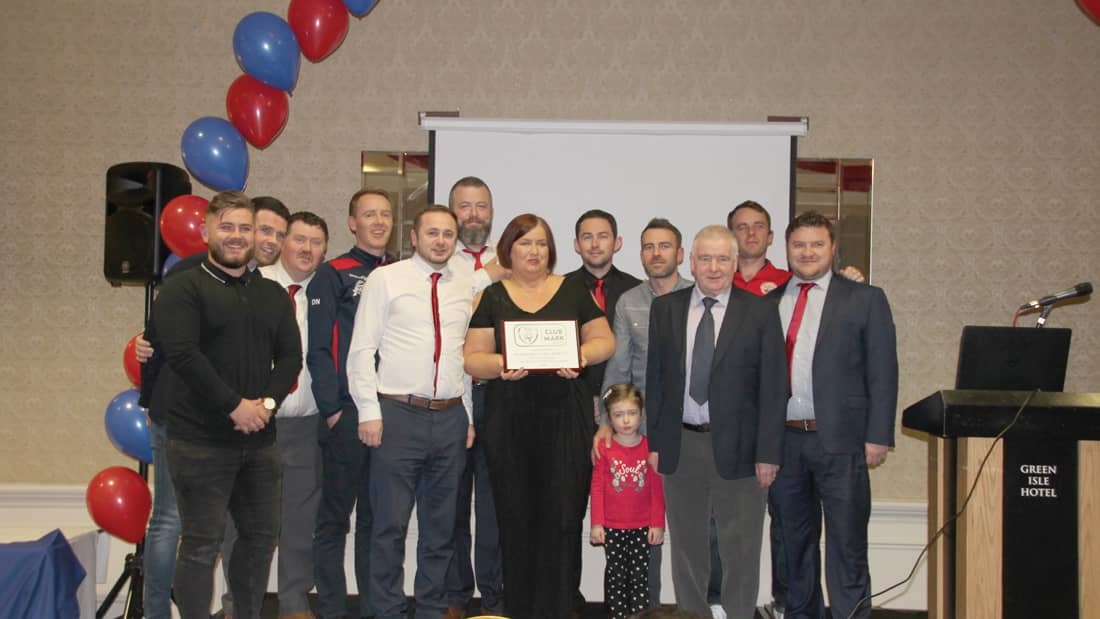 FOLLOWING on from the club’s FAI Club Mark Entry Level Award achievement in 2018, Newlands/Castle Park FC have become one of only six clubs, and the first in Dublin, to attain FAI Club Mark One Star Award.

The accolade is given to clubs based on best practice in their governance, management, and administration.

Newlands/Castle Park was invited by the FAI to participate in the pilot programme, the process for which began in May 2019 with a meeting between the club, Vincent Foley and Mark Connors, both from the FAI.

Following that meeting, the club began the process of examining the criteria required to achieve this standard and their application was submitted to the FAI in December, and they were subsequently notified of their success.

The status of being a One Star Player Development Centre signifies that Newlands/Castle Park has a FAI recognised player development plan, a FAI recognised coaching structure, that the club works with a FAI Coaching Mentor, has demonstrated best practice in child welfare and safeguarding and has a high standard in club governance.

The club is the product of the amalgamation of Newlands Celtic and Castle Park FC in 2016, and currently fields one senior team in the Leinster Senior League and an Over 35s outfit in the Amateur Football League together with seven schoolboy teams in the DDSL.

Establishing an affiliation with the nearby Shamrock Rovers, the club set up its academy in May 2017, and is hoping to eventually field an all-girls team in the near future.