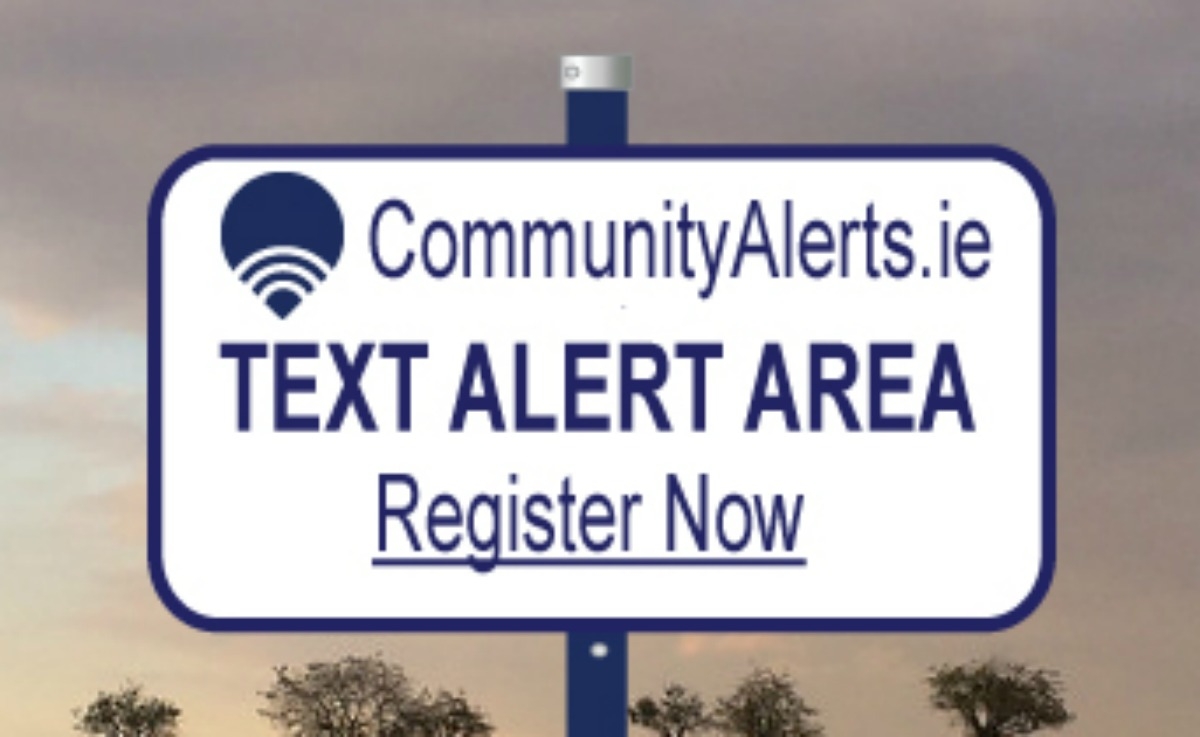 Almost 8,000 people in Dublin have subscribed to the Garda Text Alert Scheme, with over 190,000 across the country part of one of the 1,085 schemes now up and running.

The number of people availing of the service has doubled in the last three years, and those who have not yet signed up to their local scheme are urged to do so.

The service is community driven and provides a mechanism for a community or residents association to register a “community contact” with their local District Headquarters (Garda Station).

The increasing popularity of the scheme is the result of a concerted drive by An Garda Síochána to raise awareness of the text alert service, which was set up in conjunction with Muintir na Tíre and Neighbourhood Watch.

Under the Text Alert service, subscribers signed up through community schemes receive alerts from Gardai advising them of suspicious or criminal activity in their local area. It also supports existing Community Crime Prevention Programmes.

One successful outcome involved an elderly person with dementia who went missing in Dublin. They were located after a text alert appealing to the local community for help was activated by Gardaí.

Speaking about the growth of the scheme over the past couple of years, Sergeant Amanda Flood of the Garda Crime Prevention National Centre of Excellence, said: “The Text Alert scheme has grown from strength to strength over the past three years as more communities appreciate the value of setting up a scheme in their local area. In 2014, there were 80,000 subscribers.

“This grew to 130,000 the following year and now we are just shy of 200,000 subscribers, which really is a testament to the effectiveness of the service.

“The feedback we are getting on the ground is that it has a reassuring effect on local people who know they will be informed by text if suspicious activity is detected locally. It gives people a sense of ownership over the safety of their local community.”

The Garda Community Text Alert System is a communication process from An Garda Síochána to the public and is an enhancement to existing Community Crime Prevention Programmes such as Community Alert and Neighbourhood Watch.

Community Text Alert encourages people to report suspicious activity to the Gardaí who in turn will relay verified and appropriate crime prevention information to the public.  The emphasis is on preventing crime through active partnership with communities.