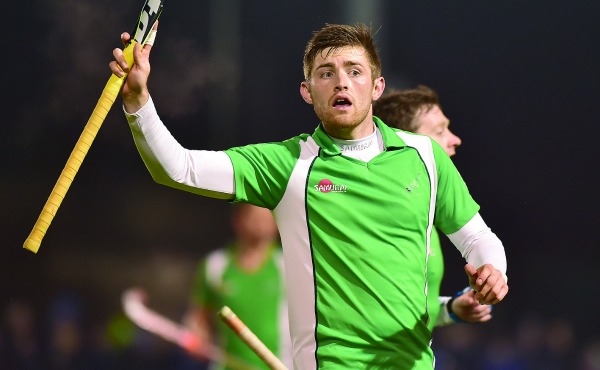 SHANE O’Donoghue has played a major part in helping the Ireland Senior Men’s Hockey team reach next year’s Olympic Games and the Knocklyon man is hoping he can prove as equally influential in Rio.

With 92 caps to his name already, the Dragons player brings a huge amount of experience to the table for Craig Fulton’s national panel and is excited at the prospect of being part of the first Ireland hockey team to line out on the Olympic stage since way back in 1908.

“For the sport in general- and it is a minority sport- this is massive, and for me personally it’s just huge” O’Donoghue told The Echo.

“I think we have a small group who have been completely focused on this goal and that’s been the real foundation.

“But the real turning point I feel was the appointment of our head coach Craig Fulton.

“He brought that sense of belief to the team and gave us a lot confidence.

“That’s the big thing. That’s the key ingredient- to aspire to exceed all the aspirations for this team and I’ve no doubt it will be the same when it comes to the Olympics.

“Former coaches had laid the foundation and then you had the right players coming through at the right time” he explained.

O’Donoghue has been one of those special players who have helped Ireland punch above their weight, particularly this year.

They beat the higher-ranked Malaysia and Pakistan on their way to a fifth place finish in World League 3 in Antwerp back in July.

While it was not sufficient to secure direct passage through to Rio, it did leave them third on a waiting list for Olympic berths.

Given that a number of continental champions had already qualified for next year’s Summer Games, Ireland edged ever closer to making the cut, and that was confirmed by Australia’s win over New Zealand in the Oceania Cup decider last month.

They will now join the likes of Brazil, India, Germany, Canada, Spain, Belgium, Great Britain, Argentina, Netherlands and Australia in Rio next August.

This Ireland team has certainly turned heads on the international front, not only because of their strong showing in Antwerp, but also in the wake of their bronze medal win at the EuroHockey Nations Championships the following month.

O’Donoghue was twice on target for Fulton’s side as they beat England 4-2 in the bronze medal play-off and finished the tournament three places above the seeded position.

And the fact that the competition involved four of the world’s top five teams, served to further underscore Ireland’s tremendous achievement.

“That was a big boost for us” recalled O’Donoghue. “To beat England in their own backyard was great.

“Ireland v England games are always that extra special spectacle and that was our biggest win because everything else led up to that” he added.

On the club front, O’Donoghue who had previously enjoyed Leinster League and Irish Senior Cup success as a player with Glenanne, has continued to enjoy a huge amount of success since moving to Belgian outfit Dragons.

Indeed he helped them to the league title there last season and they remain on course to defend the prize having suffered only one loss in their opening 14 games of this year’s campaign.