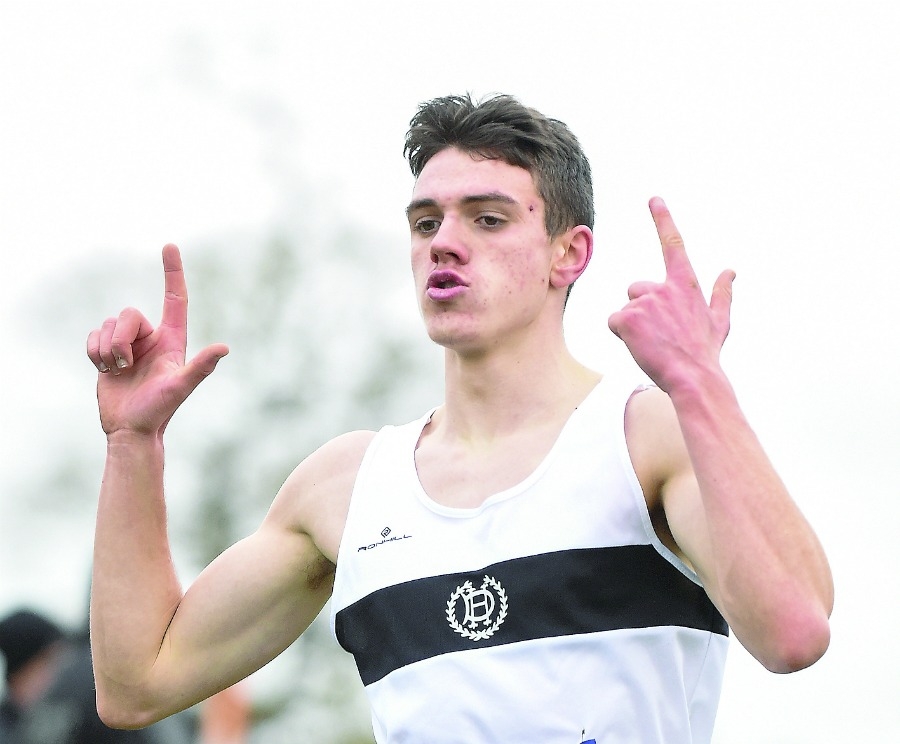 LOUIS O’Loughlin was the commanding winner of the Under 17 Boys 1500m Final on the fourth day of the Dublin Juvenile Track and Field Championships at Tallaght AC last week.

O’Loughlin set out his stall early with a blistering first lap covered in 62 seconds.

The second lap took him 74 seconds, but he had a comfortable lead and eventually crossed the line a clear winner in and unconfirmed time of 4.13.00.

In the Under 14 Boys High Jump Sean Kinsella (1.55m) added 8cm of his previous best height to win a silver medal behind Michael Coleman of Fingallians AC.

Kinsella lost out on the gold medal on a countback in what proved to be a tense and exciting contest.

In the other 1500m finals there were encouraging runs from Donore athletes.