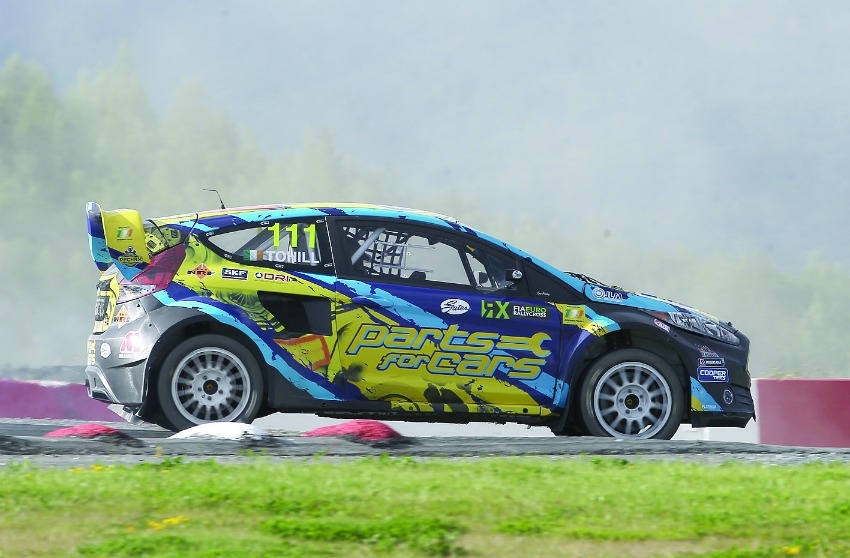 Tohill revving to go in Sweden

DOUBLE European Rallycross Champion Derek Tohill will be seeking to improve on his excellent 12th place finish last year, when he hits the tarmac at the next round of the Supercar Champion-ship in Holjes in Sweden.

This is his second season in the Supercar Championship and he is currently lying in ninth place on  13 point safter two races of the series, which started in Barcelona, where he finished in a career best fifth.

He is one of two Irish drivers competing in the ERX Supercars series, alongside Oliver O’ Donovan from Limerick.

The Terenure driver will be travelling to the race in Western Sweden on the back of an impressive top-ten finish in the second round, which took place at Hell in Norway.

Knowing that he had to finish third or higher in the semi-final contest in order to qualify for the final, the Dubliner tried to put out all the stops.

Unfortunately putting his foot a bit too much on the accelerator was to be his undoing.

While attempting a risky overtaking manoeuvre, his car struck a kerb, which caused a tire to blow, and that was the end of his racing in Norway.

Despite exiting at the semi-final stage, Tohill still managed to finish in tenth place, owing to impressive performances in his previous races on the circuit in Hell.

Speaking after the event, the Fiesta driver said; “There are a lot of Norwegian drivers in Euro RX  that are on home turf,  and this is always a tough event for me”

He added “To get a top 10 finish at what I’d call our bogey track is great”.

The terrain in Holjes is a circuit that Tohill feels really suites his driving style, and barring any further mishaps with this Ford Fiesta, the Terenure man will be hoping to finish in the top ten, for the second race in a row.