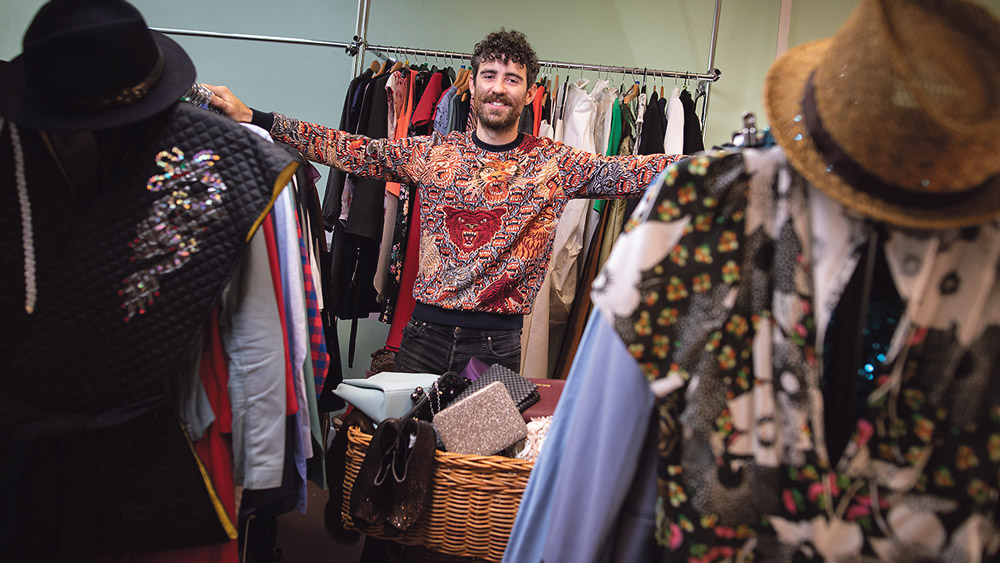 Rónán Ó Dálaigh, co-founder of Thriftify, is absolutely thrilled to have the resources

ONLINE charity shopping site Thriftify, which acts as an online retailer for 98 per cent of the country’s charity shops, is expanding its workforce with 20 new jobs planned across the tech, e-commerce and sales and marketing sides of the business.

Co-founded in 2018 by Clondalkin man Rónán Ó Dálaigh, Thriftify first launched in Ballyfermot and has grown approximately 300 per cent each year, also investing in continued expansion across Britain.

Themvar VC and leading angel investors, such as Ben Lewis – the former CEO of River Island – who are backing the circular economy and

pre-loved clothing industry, are also involved in the investment.

The company’s technology is now able to automatically value charity-shop donations, list them on dozens of marketplaces online, and handle the entire end-to-end e-commerce journey, including customer care and fulfilment.

Thriftify has offices in both Dublin and London and currently employs 30 people full-time across Ireland, Britain, Moldova, India, Pakistan and Spain.

CEO Rónán Ó Dálaigh spotted an opportunity in 2018 to sell second-hand books online and wanted to find a way to enable charity shops to sell their donations online.

Ó Dálaigh said that investment in impact-driven companies is hard to come by, so this investment is a major boost not only to the company, but to all entrepreneurs and companies whose priority is a sustainable, impactful future.

Earlier this year, Thriftify has announced a rebrand which includes an all-round overhaul of the

The new website and the company’s ongoing growth meant it is aiming to generate approximately €3m for charities selling on the site in 2022.

Celebrating the closing of the investment, Thriftify CEO Rónán Ó Dálaigh highlighted the company’s mission-driven ethos: “Investment in impact-driven companies is hard to come by, so this investment is a major boost not only to us, but to all entrepreneurs and companies whose priority is a sustainable, impactful future.

“As a team, we’re absolutely thrilled to have the resources we need to fundamentally change the fashion industry. We’ve been boot-strapped and lean for a long time and while we’ll still stay true to that, we’re going to invest in some remarkable new hires and areas that we know are going to generate a major impact, so overall it’s definitely the most exciting period in our journey so far.

“The challenge we all face is changing how and why we do business, because from a climate perspective, our economic model is completely broken.

“Growth for growth’s sake has destroyed large parts of our planet and made us unhappier as a society.

“Seeing those with major capital come on board with our radical

vision of disrupting one of the largest culprits, the fashion industry, gives me huge hope and optimism.”